5 Potential Destinations for Kristoffer Ajer When He Leaves Celtic

​For those who seldom dabble in the confines of Scottish football, it's worth knowing that there are a fair few emerging stars plying their trade north of the English border, and one of these starlets could just be on their way to your club.

One of the hottest prospects in the Scottish Premiership at the moment is Celtic centre-back Kristoffer Ajer, who has thoroughly impressed since arriving in Glasgow in 2016, and the Norwegian has built a fairly vast trophy cabinet during his playing days at Celtic Park.

As a result, the 21-year-old has attracted many potential suitors, and his ​agent has now revealed (via Sporten) that the defender will leave the Bhoys at the end of the season.

With a contract that doesn't expire until 2022, the 6'4" centre-back will likely cost a small fortune, with Celtic having already rejected big-money bids in the past.

With that in mind, 90min is here to evaluate where Ajer could end up playing his football when he leaves Glasgow. ​At present, the most likely looking destination for Ajer is ​Leicester. Having already formed a great relationship with current Foxes boss Brendan Rodgers during the pair's time together at Celtic, Ajer will know exactly what to expect from his manager if he rocks up at King Power Stadium.

Leicester have shown interest in the defender in the past, and are desperately looking to bolster their squad this summer, with central defenders a priority for Rodgers. With Jonny Evans now 32, and Caglar Soyuncu the Foxes' only real other viable option at centre-back, Leicester will aim to strengthen their back line ahead of the likely added workload of the Champions League next season.

Rodgers was keen on adding Juventus' Merih Demiral to his side during the January transfer window, but with the Turkish defender having ruptured his cruciate ligament, the Leicester boss may have to look towards Ajer. 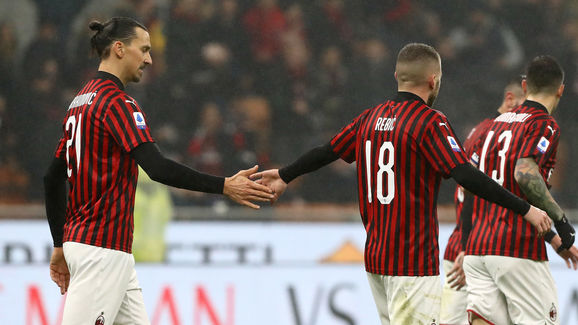 ​While the impact of the coronavirus on Serie A may throw the Italians' summer transfer window in to unprecedented chaos, ​Milan will still be hopeful of improving their squad come the end of the season.

Stefano Pioli's side have been thoroughly underwhelming yet again this term, and are in great need of reinforcements for their fragile back line.

Fellow Scandinavian centre-back Simon Kjaer was added to Milan's squad in January on loan, but the Rossoneri will be eager to bolster their squad with some fresh, young legs, and could re-ignite their longstanding interest in Ajer. ​With the arrival of the world's most expensive defender seemingly not enough to make ​Manchester United a watertight ship at the back, Ole Gunnar Solskjaer will most probably be given significant funds this summer to help strengthen the Red Devils.

While United's recent defensive showings have helped them concede the fourth-fewest goals in the Premier League this season, it hasn't been a convincing ride over the course of the campaign.

Solskjaer's Norwegian connections could put United in pole position should they choose to make a move for Ajer, however any potential deal could hinge on whether or not Chris Smalling returns to the club following his successful loan spell with Roma. ​When even the godfather of defensive football Jose Mourinho can't stop you leaking goals, then you know you have serious problems.

To say that Tottenham's back line is a little on the stiff and old side is an understatement, with the centre-back pairing of Jan Vertonghen and Toby Alderweireld having a combined age of 63, while the former already has one foot out of north London..

Ajer, therefore, would evidently fit seamlessly in to ​Tottenham's defensive system, with the physicality and pace of the young centre-back capable of bolstering an increasingly injury-stricken Spurs side. 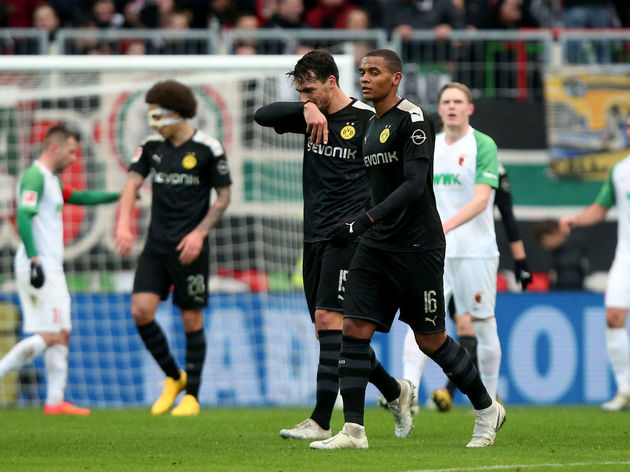 ​If you're a young Scandinavian player looking for a club to nurture your talents and give you a shot at the big time, then ​Dortmund should be your first port of call.

However, BVB's back line has been the undoing of the Bundesliga outfit for many years now, with the Germans even re-signing 31-year-old Mats Hummels this summer in a desperate attempt to stop shipping goals at an alarming rate - a deal that hasn't had the desired impact on Lucien Favre's side.

As a result, Dortmund will once again have to dip their hands in to their pockets this summer, and Ajer could be one of those high up on their wish list.