Manchester United entered the summer window with many expecting a major spending spree, following yet another disappointing season in the post-Sir Alex Ferguson era. ​

Yet, only Aaron Wan-Bissaka and Daniel James have arrived through the doors so far – although admittedly, there is a long, long list of star players who are meant to be completing their transfers to United in the imminent future as we fast approach the close of the window (see: Harry Maguire, as good as done).

The inability of the Old Trafford side to conclude deals for players such as Bruno Fernandes and Sergej Milinkovic-Savic (although the latter was only ever likely to arrive if Paul Pogba left) has seen boss Ole Gunnar Solskjaer provide ample opportunity to the young guns he has continually heaped praise on since his arrival.

#MUFC make it  wins from  in pre-season! 

Solskjaer made a point of introducing some of these young starlets at points last season, and it has continued into this pre-season, with a fair few putting in some mouthwatering displays. Greenwood has been nothing short of sensational in pre-season for United, putting in a stellar performance when he started on the final day of the Premier League last season - a very bright spark on an otherwise bleak day for United fans.

Both of the 17-year-old's goals in pre-season showed an awareness and hunger to get into the right area in order to give himself the best chance of netting. The football brain this prospect has is phenomenal, and it's arguably one of the best attributes he has.

Of course, we can use the statistics from last season, when he bagged himself 26 goals and eight assists in just 26 games for the academy sides – but that doesn't really doesn't show it all. Instead, this pre-season has given the youngster the stage to impress upon - and he has done exactly that.

Unflustered, unnerved, and clinical. Greenwood has already had some spectacular moments in red - notably that night in Paris last season - but there is undoubtedly many more to come for him. At 17, he has eclipsed ​Marcus Rashford's academy goal tally, and it appears as though this won't be the only record he will break in his career. Raw pace and a direct approach - Tahith Chong is a no nonsense winger.

The flying Dutchman was given the occasional opportunity to impress in the league last season, and he showed fans glimpses of what they can expect from him. In a similar case to Greenwood, Chong has utilised the minutes he has been given in pre-season as a way of truly showcasing his talents.

The 19-year-old has put in a string of fine performances so far. Most notably, he was almost unplayable against Inter when his pace, trickery and willingness proved too much for a tiring defence. ​United were unable to break the deadlock despite dominating the game, but it was the young academy prospects who came on changed the game.

The Dutchman was so good in fact, he was hacked at on numerous occasions until the point he was forced to go off with a niggle. Talk about an impact. Gomes is a name that has been floating around for a few years now, but he is somehow still only 18 years old.

The attacking midfielder does not possess the greatest aerial ability, standing at a diminutive 5'2. He makes up for that lack of height with his incredible ability to use his low centre of gravity to his advantage. Last season, he was part of the formidable trio with Greenwood, Chong in United's youth sides - a combination which tore defences apart at will.

Gomes was said to be growing frustrated by the lack of playing time he was getting, but his performances in pre-season have certainly given his chances of a large role next season a major boost. Most recently, the Englishman netted a phenomenal winner against Tottenham Hotspur as ​United won 2-1.

He wove through the defence, before a clinical finish into the bottom corner. Gomes has the ability to spot an eye of a needle pass, something that has most certainly benefited Greenwood in the academy. The new signing wasn't exactly the high-profile mega-money signing that United fans were hoping for, but he may well prove to be just as effective.

The 21-year-old has shown off his electrifying pace but more importantly, he has shown a fantastic understanding with his teammates. He and Scott McTominay have linked up on numerous occasions, allowing the speedster to get in behind and pick the final pass. His work-rate is also outstanding and suits the style Solskjaer has opted for.

Don't get it wrong, James has a lot to work on (his end product, for example) but, he has been a fixture in the side in pre-season and appears to be one of the more integral members of the squad already.

And he's fast. Did we mention that he's fast? He's so fast. 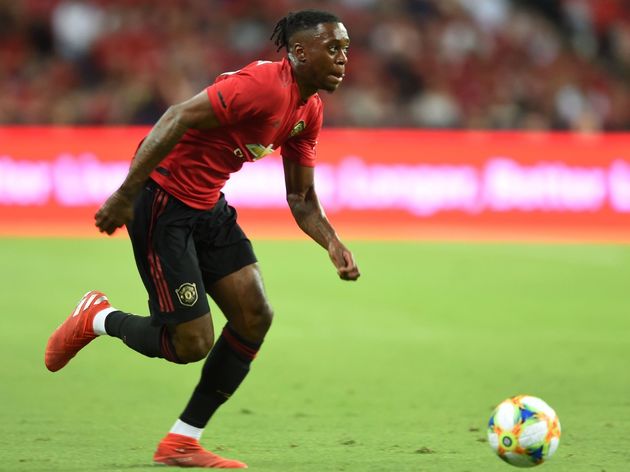 The defender who likes to defend.

Wan-Bissaka was brought in for mega bucks, but he has ​already shown his capabilities in pre-season. His spider-like tackling style (not a phrase, but you get what it means right?) has been on full show and United fans have certainly warmed to him very fast.

It would be easy to think that the Englishman shouldn't be considered as a youngster - yet he's actually just 21-years-old. He is yet to put in a bad display, and that says a lot considering the price tag place on his transfer.

Wan-Bissaka will undoubtedly be a fantastic signing for United and he has already proved that he can help plug the whole in a very shaky defence. Following an impressive loan with Aston Villa last season, Solskjaer was keen to keep hold of the centre-back for the pre-season in order to determine whether he is good enough.

Tuanzebe has been assured and commanding in his work, contributing to the fact that the Red Devils have only conceded one goal all pre-season. He's tall, fast, and knows how to use his physical prowess. The defender seems in control at all points - a real positive for United fans considering so many defenders in more recent times have been a liability at best.

The 21-year-old has been forging a name for himself for numerous years, but it finally appears that this season may well prove to be his breakthrough in a United shirt. Although Harry Maguire (or another centre-back) may well be signed before the window shuts, he is set to a play a role as the Reds go in search of solidifying a leaky defence.