​Despite recent inconsistencies, there's no question that Manchester United remain one of the biggest clubs in world football.

And that's largely thanks to the success of Sir Alex Ferguson during his incredible 27-year spell as manager, when he oversaw the club's most successful period ever.

United have seen a lot of seriously talented players walk in, and out, of the door at Old Trafford. Football isn't simple however, and it's not always the team of 11 world class individuals that will mop up silverware.

Teams need serial winners. Those players that would break their arms and legs in order to score that goal, win that header, in order to lift that trophy.

With that in mind, here's our list of Manchester United's seven most clutch, big game players... The 'baby-faced assassin' was notorious for his clinical finishing off the bench for Manchester United, where he managed 126 goals in 366 games. The Norwegian forward spent 11 years with the club as a player, before retiring and taking up an academy coaching role. Now Manchester United manager, it's a dream come true for fan-favourite Solskjaer. Solskjaer's winner came from a well-placed corner in that Champions League final, but who delivered said corner? Yep, you guessed it: David Beckham.

The English winger was one of the Class of '92, debuting age 17 under Sir Alex. Spending 11 years with the club, Beckham developed into a world-class winger, and was pivotal in that 1999 season where ​Manchester United completed the treble. Performances across all competitions were consistently outstanding, and resulted in him finishing runner up to Rivaldo in the 1999 in the European Footballer and FIFA World Player of the Year awards.

Most Clutch Moment: 25-yard equaliser against Tottenham Hotspur in United's final league game of the 1998/99 season, which ultimately won them the Premier League. From one world class player with lovely locks to another, Zlatan Ibrahimovic put the football world on hold in 2016, when he finally arrived in England ​aged 35. Joining Jose Mourinho's Manchester United, Ibrahimovic was determined to help the Red Devils rediscover some former glory and win silverware with the club.

Ibrahimovic was instrumental in their Europa League success before his season-ending ACL injury, and helped United pick up another two trophies during the 16/17 season.

Most Clutch Moment: Scoring a fantastic brace in the 2017 League Cup final that won United the trophy. Perhaps the greatest English footballer ever? It's certainly a debate worth having.

Record goalscorer for England and Manchester United, ​Wayne Rooney has done it all. Signing for the Red Devils for £25.6m at age 18, Rooney's impact at Manchester United was instant, as the teenager scored a hat-trick in the Champions League on his debut for the club.

Rooney finally moved on after 13 years with the club in 2017, but will forever remain a Manchester United legend.

Most Clutch Moment: His spectacular overhead kick winner in the derby against Manchester City in 2011.​ The man responsible for assisting a bunch of Wayne Rooney's goals, as well as countless other United greats, was Ryan Giggs.

The Welsh wizard was another graduate of the Class of '92 alongside Beckham, and currently holds the record for most competitive appearances at the club, playing 963 times in 24 years with United. 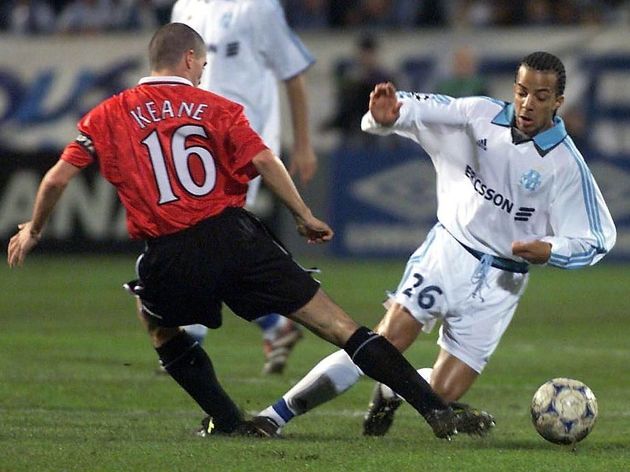 When you think about hard-line, elite mentality players with the ultimate desire to win, Roy​ Keane should be the firs that comes to mind.

A tenacious box-to-box midfielder with unquestionable technical ability and never-say-die attitude, the Irishman served as United captain for 12 years from 1997 until his departure in 2005.

Perhaps the 'Stone Cold' Steve Austin of football, Keano was, and still is, the anti-hero that the game needs.

Most Clutch Moment: His legendary second-half display against Juventus in the 1999 Champions League semi-final, where he inspired his side to a win from being 2-0 down. 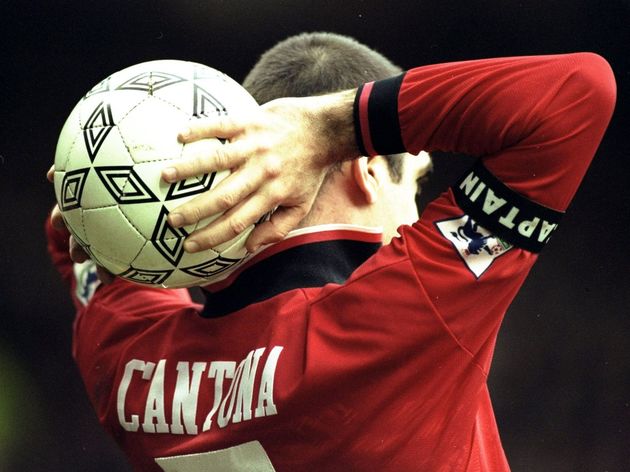 Before Keane, there was King Eric.

Eric Cantona set the world alight at Old Trafford, arriving from rivals Leeds United in 1993. His fierce mentality, combined with unrivalled technical ability and incredible physicality, made him the ultimate striker. Cantona quickly became a fan-favourite at Old Trafford, despite his severe lack of discipline, and was instrumental to United's success in the 1990s.

He retired at age 30 in 1997 to the surprise of many, but wished to go out on a high. We can only imagine how good he would've been in that treble winning season.

Most Clutch Moment: His incredible winner in a 1-0 victory against Newcastle in 1996 was the undoing of Kevin Keegan's title charge with the Magpies. United would go on to win the Premier League that season.