7 of the Worst Run Clubs in Europes Top Divisions

When things start going wrong for a club, fans are often quick to blame the players or the manager for their shortcomings, but sometimes it's the owners who deserve the criticism.

Those who run the clubs behind the scenes have all the power, and they can make almost any decision they want to. Sometimes, that's a good thing, but there have been plenty examples of owners who have run their clubs into the ground.

Here, then, are seven of the worst run clubs across Europe. Here's a wild idea. Instead of consistently making the wrong decision and acting surprised when things go badly, why don't the ​Manchester United owners just do something right for once?

The Glazer family and executive vice-chairman Ed Woodward have alienated themselves from pretty much their entire fan base. United have been forced to pay out an outrageous sum to try and finance their debts, and these unnecessary distractions have seen the Red Devils' glory days come to an abrupt end.

Investment on players and managers has often been misguided, and United have turned from a global superpower into little more than a laughing stock these days. But hey, they spent big on ​Harry Maguire, so they must be good owners - that's how it works, right? 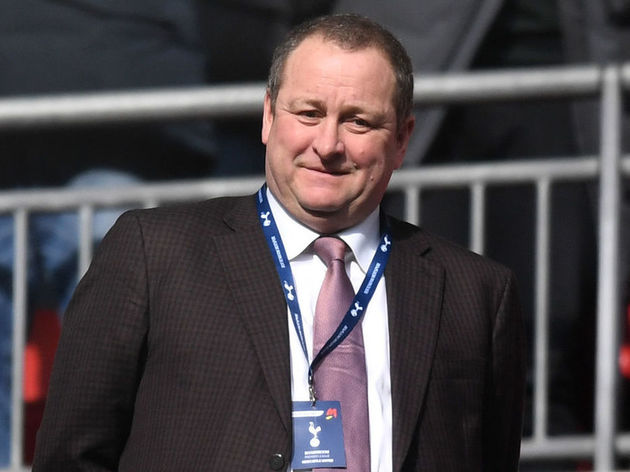 Of course, owning a football club is a job. Like any job, you need to earn money if you are to be successful. However, ​Newcastle United owner Mike Ashley might take that a bit too far.

Ashley's determination to turn Newcastle from a football club into a profitable business​ has seen him flat-out refuse to spend big to sign quality players, which led to Newcastle's relegation and recent struggles for survival in the ​Premier League.

Former manager Rafa Benitez, whose departure created even more fan unrest, ​criticised the board for allowing his contract to run down. He revealed that Ashley refused to spend to improve the academy and the training ground, because money is seemingly the most important thing to Ashley.

Of course, Ashley did loosen the pursestrings a little this year to break the club's transfer record twice; spending £60m on forwards Miguel Almiron and Joelinton. Who have one goal and no assists between them in 26 combined games. Ah. When fans are protesting your ownership by letting chickens loose on the Ewood Park pitch, it should probably be obvious that you're not doing a good job.

After buying ​Blackburn Rovers, all Venky's have done is worsen the club's debts and watch them plummet down the English football pyramid. The once-Premier League champions dropped as low as League One, but few fans were even surprised.

Their revolving door strategy with managers has seen several fail to reach 100 days at the club, whilst player turnover has been just as concerning. The hope is that Blackburn may have moved past the worst of the Venky's ownership but, truthfully, nobody really knows what the future holds. Under Ismaik, the club have not been successful and they have not improved financially. He may have saved the club but, by doing so, it looks like he has just prolonged the suffering of supporters. ​Charlton Athletic had endured a number of disappointing seasons before Roland In 2013, Malaga came within minutes of reaching the ​Champions League semi-final​. In 2019, they are battling relegation in the second tier of Spanish football.

In that time, owner Abdullah bin Nasser bin Abdullah Al Ahmed Al Thani sold almost all their star players to repay the club's debts, but still managed to earn them a ban from European competition after failing to pay wages and tax bills.

Unsurprisingly, Málaga could no longer compete with Europe's elite, and their depleted squad began tumbling down the ​La Liga standings. Now floundering in the