​Following a week in which:

90min - using the best films that were not nominated for the Best Picture award at this year's Oscars - ranks the 15 best football teams in Europe.

And yes, we at 90min are annoyed that Bohemian Rhapsody (aka THE WORST FILM OF 2018) won four Academy Awards. Very annoyed. After a very, very, long absence, AS Roma are back in 90min's Definitive European Power Rankings this week.

And they deserve to be.

I Giallorossi have strung together an impressive run of three wins and draw (with AC Milan); thrusting themselves in back into contention for UEFA Champions League qualification. So credit where it is - finally - due. AS Roma - finally - look like AS Roma again. 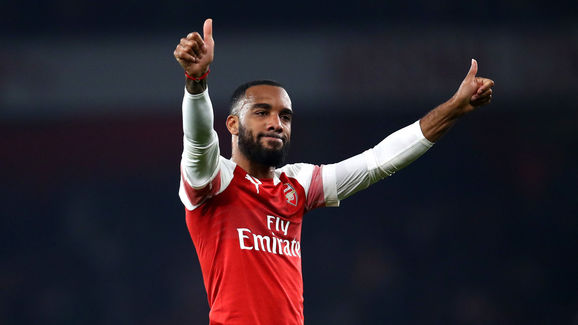 "I suddenly feel much better. I awoke early, clear-headed, and immediately set about my daily tasks." (First Reformed)

It's fair to say that it's been a difficult few months for Arsenal fans. They watched their team lose to Manchester United, Manchester City, West Ham & BATE Borisov (still funny, even though they won the second leg).

Wednesday night, however, provided ​Arsenal fans with some much needed respite, as they were treated to a Mesut Ozil masterclass AND a 5-1 win at the Emirates Stadium.

Neither of the aforementioned have been too frequent an occurrence in recent years, but they were a nice reminder of what Arsenal were (at times) under Arsene Wenger, and what they could be in the future under Unai Emery. "There's just gotta be a place up ahead, where men ain't low down, and poker's played fair. If there weren't, what are all the songs about? I'll see y'all there. And we can sing together and shake our heads over all the meanness in the used to be." (The Ballad of Buster Scruggs)

Progress may have stuttered slightly with a goalless draw in the Copa Italia semi final meeting with Lazio, but optimism is high at San Siro.

Now with Lucas Paqueta and Krzysztof Piatek (the '​new Kaka and Andriy Shevchenko') on the books, ​AC Milan are seemingly on the cusp of becoming a force to be reckoned with. In order to become this 'force' though, Champions League qualification is a must. "You are a stumbling block." (First Reformed)

Barcelona, you are a stumbling block. "'Jan, you have to trust us. We've got this under control.'

'No, you don't. All these protocols and procedures to make it seem like you have it under control. But you're a bunch of boys making models out of balsa wood! You don't have anything under control!'" (First Man)

Last Friday: ​Tottenham Hotspur are set to take on Burnley this weekend as they continue their unlikely title challenge.

This Friday: Tottenham Hotspur are set to take on Arsenal this weekend after their Premier League title challenge completely fell apart at Turf Moor and Stamford Bridge. "I don't know what space exploration will uncover, but I don't think it'll be exploration just for the sake of exploration. I think it'll be more the fact that it allows us to see things. That maybe we should have seen a long time ago. But just haven't been able to until now." (First Man)

After being banned from signing players by FIFA, b

Now it's all gravy. 'I’ve never been more ready for anything in my whole life.'" (If Beale Street Could Talk)

Over the course of the next two weeks, Juventus play both their closest challengers in Serie A and will attempt to overturn a two goal deficit against Atletico Madrid in the Champions League.

If they do, they will shoot to the top of 90min's Definitive European Power Rankings.

If they don't, a sub-section of ​Juventus fans will find another social media platform to abuse Massimiliano Allegri on. "Another young fella with something to prove." (The Ballad of Buster Scruggs)

Not only was it a win over one of the in-form teams in Bundesliga, but it was a win that stopped the rot a BVB. After five games without a win, and with Bayern breathing down their necks, Dortmund HAD to win - and they did. "Courage is the solution to despair, reason provides no answers. I can't know what the future will bring; we have to choose despite uncertainty. Wisdom is holding two contradictory truths in our mind, simultaneously, Hope and despair. A life without despair is a life without hope. Holding these two ideas in our head is life itself." (First Reformed)

Everything Jose Mourinho told you about ​Manchester United is wrong; Wednesday night's win over Crystal Palace proved that. As a squad that was - according to Mourinho - crying out for new signings (without nine senior players) comfortably saw off Palace at Selhurst Park.

It was the Red Devils' eighth consecutive away win in all competitions under Ole Gunnar Solskjaer - a club record. "They got the lay of the land now. This time they'll come with a purpose." (The Ballad of Buster Scruggs)

After a difficult start to the season, ​Bayern are now back in form and look set to challenge for honours on both the domestic and European front. The rest of Europe are advised to proceed through the rest of the season with caution, as at any moment, Niko Kovac's Bayern Munich could ruin all of your hopes and dreams.

Liverpool and Borussia Dortmund, you have been warned. "When I was growing up, I was trying to make a connection between the life I saw and the life I lived. There are days when you wonder what your role is in this country, and what your future is in it. This is one of them. The thing that tormented me the most was the very thing that connected me to all the people who are alive." (If Beale Street Could Talk)

'SADIO MANE SCORED A BACKHEEL!!!! HE'S BETTER THAN EVERYONE WHO PLAYS FOR ANY OTHER TEAM ON THIS LIST!!'

Look, being called the fifth best team in Europe (and let's be honest, the world) isn't slanderous, it's a compliment.

​Liverpool have been exceptional this season; so exceptional that they might win the Premier League title. So enjoy it, and don't get too annoyed by me. Please. "McCleary said you were brutal." (You Were Never Really Here)

The aforementioned tells you one thing about Paris Saint-Germain: they're pretty decent. "It's a beautiful day." (You Never Really Here)

As you've already read in Real Madrid's section,​ Barcelona have had the beating of their El Clasico rivals in recent season; and Wednesday night was no different.

What was different though was that it wasn't Lionel Messi who was reaping misery upon Los Blancos' faithful; it was Luis Suarez. The Uruguayan's two goals were enough to see Barca safely through to their fifth consecutive Copa del Rey final, and give his side the "I want you to hurt them." (You Were Never Really Here)

At the start of the season Atletico Madrid were many people's darkhorses to win the UEFA Champions League this season.

In November, ​Atletico Madrid were considered by many people to be no hopers in the UEFA Champions League.

Now in March, Atletico Madrid are many people's favourites to win the UEFA Champions League.

And they should be. As the 2-0 win over Juventus proved, Atleti have what it takes to finally win the European Cup this year for - oddly - the first time ever. "Well somebody's got to do something!" (First Reformed)

They're the team that literally every football fan outside of Liverpool (excluding Goodison Park) want to win the Premier League this season.

And with Tottenham self-combusting in a way that only Tottenham can, ​Manchester City are the only team that can prevent Liverpool from winning their first league title in 29 years.

Recent form suggests that they will, but expect a myriad of twists and turns to occur before the end of what has been an incredible Premier League season.