One of the worst things about Manchester United (apart from the crippling lack of direction) is the fact that they end up getting linked with about 1,000 different signings every day.

Things were as bad as ever during the January transfer window. With United needing a new striker to replace Marcus Rashford, they were seemingly scouring the entire face of the planet for the right option - even if they ended up just finding loads of wrong ones.

Let's take a look at each of the strikers to be linked with a switch to Old Trafford in the winter window. Just imagine how easy life would have been if ​United had just signed Haaland. The Norwegian was the primary target, but ​Borussia Dortmund swooped in and spoiled the party.

They didn't miss out on much. It's not like Haaland is scoring goals for fun in Germany or anything... Lyon hitman Dembélé was also on the radar, but the French side were not playing ball. Next.​ 'Dembélé was good at Celtic, who's the guy who replaced him?' This might have worked if United actually had a brighter future than ​Wolves. Paris Saint-Germain have an option to sign Icardi permanently at the end of his loan spell, so links to Icardi were ambitious, to say the least. Alcácer was available, but Villarreal seemingly did more to convince him and strike a deal. 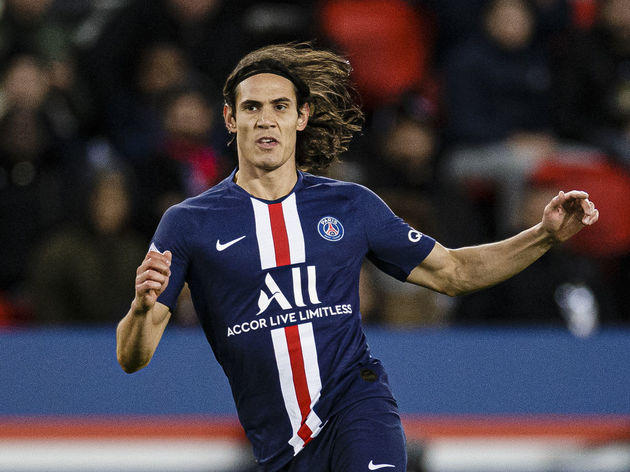 One of the biggest stories of the month turned into nothing, as ​Cavani ended up staying with PSG anyway. We'll always have the memories. Like so many other teams, United were looking at ​AC Milan This one might have worked, had United not frantically thrown together a mental offer at the last minute to try and beat ​Leeds United to a transfer. He's massive and he scored against England that one time, which is nice. He's massive and he scored in England a fair few times, which is nice. ​Tottenham weren't going to get a deal done, so José's agents turned to United, who felt as though they had something better up their sleeve. Stay tuned. ​Mertens might have been available, but ​Napoli were only prepared to sell him for all the money in the entire world. Not ideal. The world's favourite player for about five weeks, it's probably best we forget that this even happened. ​Ings has exploded back into relevancy this season, but ​Southampton couldn't bare to part with their lord and saviour. San Lorenzo starlet Gaich actually looked to be the kind of signing which United would love to make, but this story came and went faster than ​Solskjaer's positivity at Old Trafford.