Anatomy of a Goal: OTD Wayne Rooney Scored THAT Volley Against Newcastle & a Legend Was Born

​"I had a dead leg as well at the time, and I remember seeing one of our subs warming up and I think I was about to come off..."

On April 23, 2005, a video was uploaded to YouTube for the very first time. It was called 'Me at the zoo'. A day later, Wayne Rooney scored one of the most iconic goals in Premier League history. Talk about stars aligning.

April 24, 2005. The month had already seen the death of a Pope (John Paul II), the marriage of Prince Charles and Camilla Parker Bowles and, as mentioned, the humble beginnings of the biggest video platform in the world, but it was still yet to see its most enduring event. 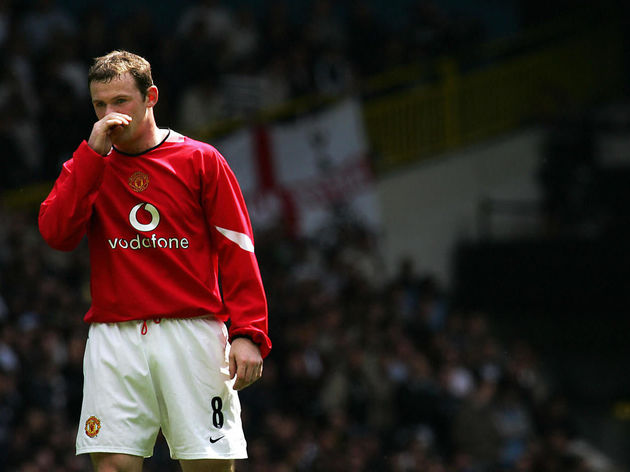 It was still yet to see Wayne Rooney's scorcher against Newcastle United at Old Trafford.

And it couldn't have come at a better time for ​Manchester United. This was a time when the club had scored one goal in their last five games and, at half-time, faced the real possibility of that run extending to six for the first time since 1989 and those heady days of 'Three years of excuses and we're still crap - tara Fergie'.

But all that was about to be forgotten with one strike. One blood-curdling, thunder-clapping, earth-shattering, legend-birthing volley.

The frustrations of this campaign are important in understanding the building exasperation of Old Trafford and its incumbents on this spring afternoon, and why what happened next was the ultimate moment of catharsis.

The former Everton man had been toiling away, to no avail, all game. 57 minutes in, he was looking tired and irate, like a toddler - which made sense, given the fact that, at 19, he was essentially still a toddler. The quote that started this all comes from the film 'Rooney: Goal Machine' and the mouth of the man himself. He was right, Jose Kleberson was about to come on, with Sir Alex Ferguson acknowledging that his star pupil was on his way to a detention - Rooney had just been booked, for a rash, late challenge on James Milner. The kind of challenge that would prompt your manager to replace you.

This, combined with the referee's ignorance of Alan Shearer's combativeness, pushed Wazza to boiling point.

Directly after that affirmation, the Englishman admitted: "I think Alan Shearer had had about three fouls and the ref didn't seem to be punishing him enough, so I was arguing about it and telling the ref 'if that was me, you'd be booking me and you're not booking him'."

However, in the midst of this argument and ahead of this impending substitution, a ball, courtesy of either God, Peter Ramage, or both, rose to the heavens, and then started falling.

He takes all the pent up aggression and anger that has plagued him throughout the game, and probably throughout his life up to that point, and concentrates it all into his right boot.

And with that right boot, he lines up his strike. He didn't have much time to think about it, which, with a precocious talent like his, is always preferable.

And, in a blink of an eye, the connection is made, a connection so sweet, and so pure, it's instantly in the back of the net. You just know it is. And, when it does hit the net, with Shay Given only just rising off his feet, it's almost immediately bouncing back to its place of conception, such is the velocity at which it entered the goalmouth. The relief is as palpable as the astonishment.

Of course, the goal itself is remarkable, but it's made better by the circumstances that surrounded it, and the narrative it helped to uphold. The narrative that ​Rooney was a petulant, impatient, incensed trouble-maker, and an utterly indispensable footballing talent because of it. 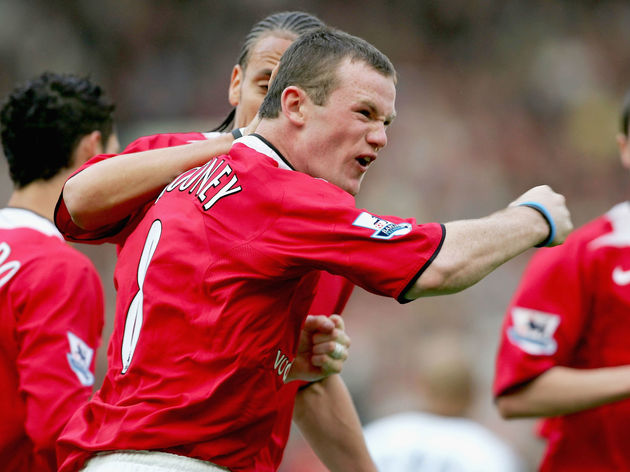 Or maybe that's all poncey conjecture. Maybe all it really was, maybe all that really happened, was this:

"It got headed out and I just hit it as hard as I could."