Ander Herrera: Why the Unsung Hero Will Be Missed and Who Man Utd Should Sign to Replace Him

​Ander Herrera has announced his departure from Manchester United after making 189 appearances over a five-year spell at the club.

The midfielder became a fan favourite and United were noticeably a better team with the 29-year-old in the side. So, i

Due to a slow start upon his arrival in Manchester, Herrera adapted his position from a number ten to a central midfielder, which made him the vital cog in United's successful 2016/17 season. He helped the team lift the League Cup and Europa League, and also won the prestigious Sir Matt Busby Player of the Year award.

After falling out of favour under Jose Mourinho, Ole Gunnar Solskjaer saw the value the Spaniard brought to the team and immediately reinstated him to his midfield. It's no coincidence that with Herrera in the side, United's stats are far better across the board.

How vital is it that United keep hold of Herrera this summer? pic.twitter.com/Y5USZ14RFb

With the midfielder in the team, United average 2.64 points a match in the Premier League, compared to the 0.83 they muster without him. Delving deeper we see why this is the case: under the same premise, Solskjaer's men average two goals a game and concede 0.7. But without the Spaniard, they only manage 1.3 goals and end up conceding 1.7.

This may seem like statistical jargon, but more often than not, the stats don't lie.

Of course, it's not Herrera scoring these goals or making goal line clearances every game, but it's the dirty work the box-to-box midfielder absorbs that allows his teammates to do what they do best. Paul Pogba is without a doubt a better player when Herrera plays alongside him. Pogba is world class and United's best player, but he can't be the man who breaks up play, starts the counter attack, provides the assist and scores the goal.

Herrera allowed Pogba to concentrate on what he does best, and that is why a top class replacement is absolutely vital if United want to keep Paul Pogba and build a squad that can challenge for titles again.

If United are willing to let Ander Herrera leave, then they must have someone lined up to fill his boots, right? Possible options could be Declan Rice or Adrien Rabiot. Both are young enough to be the long term solution rather than a quick fix, and the Red Devils should still be attractive to both, even though the naysayers will preach that United's days of luring top talent are over.

Rice has proven himself in England's top flight and has been rewarded by breaking into the national set-up. The industrious midfielder may be looking to make the next step and ​United could be the ideal team at the right time.

Rabiot is also an attractive proposition as he would arrive on a free transfer, a deal which could swing in United's favour if reports that claim Herrera is on his way to PSG materialise. 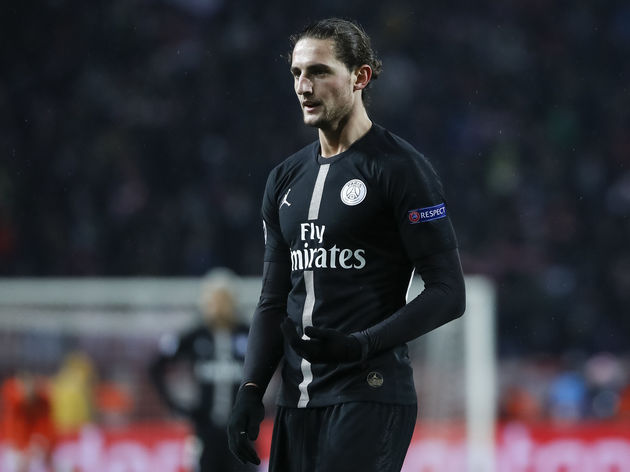 Both players would be long term answers to the lack of quality in Solskjaer's engine room and would compliment ​Pogba, should he choose to remain in Manchester.

All in all, ​Ander Herrera was an unsung hero who managed to make his mark in a struggling team. A selfless player who gave his all for the club and will without a doubt be missed. United's hierarchy must make replacing him a priority, which could in turn prove to be the start of a new look midfield, and a step in the right direction for a return to the glory days.