​Manchester United have confirmed that Anthony Martial will wear the number nine shirt next season, replacing Romelu Lukaku after the Belgian's deadline day switch to Inter.

The Frenchman wore 11 last season, when he appeared to fall out of favour under Ole Gunnar Solskjaer towards the end of the campaign, prompting rumours that his future could be away from Old Trafford.

However, as a sign of their commitment to ​Martial, ​United took to their ​official website to confirm he will wear the number nine shirt next season, returning to the number he initially wore when he first joined the club.

New signing ​Harry Maguire will wear the number five, whilst fellow new arrivals Aaron Wan-Bissaka and Daniel James have been handed 29 and 21 respectively.

Youngsters Angel Gomes and Mason Greenwood have both been allocated numbers in the senior squad, with the pair set to wear the shirts which they donned during pre-season. Gomes will continue with 28, whilst Greenwood will wear 26. There are also numbers for Tim Fosu-Mensah (24), James Garner (37), Axel Tuanzebe (38) and Tahith Chong (44), all of whom will be hoping to feature heavily for the Red Devils over the coming season.

Martial's number 11 remains vacant, with the Frenchman clearly eager to return to nine after spending three seasons away from the shirt. 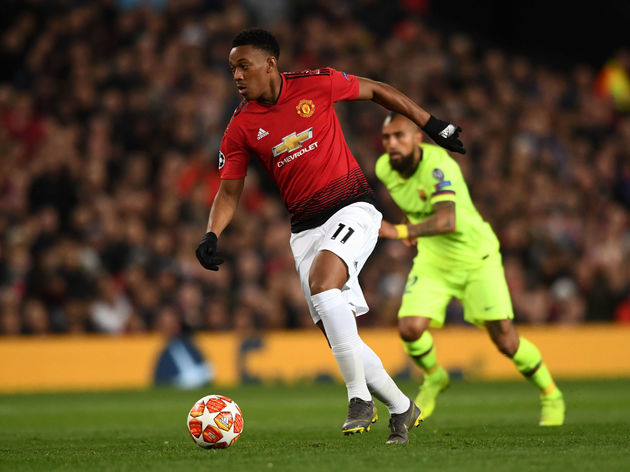 He managed 12 goals and three assists in 38 appearances last season, operating primarily as a left winger. He struggled to hold down a permanent place in the starting lineup, although ​Lukaku's move to ​Inter appears to have created more opportunities for Martial.