​Inter manager Antonio Conte has confirmed that the Serie A side paid an initial €65m (£59m) to sign striker Romelu Lukaku from Manchester United.

The Nerazzurri targeted Lukaku all summer and, after a lengthy saga, they eventually got their man, and the Belgian repaid their faith by netting in his debut - a 4-0 win over Lecce.

Speaking after the game (via the ​Daily Mail), Conte was quick to point out that such a fee was a bargain in the current market, as he praised the striker for his instant impact.

"Lukaku has come into the ​Inter world in the best possible way, with great humility. H

"Let's not forget Lukaku cost €65m to be paid over five years, so when people talk about big money spent, it wasn't even that much."

Goals from Marcelo Brozovic and Stefano Sensi gave Inter an early lead against Lecce, and Lukaku was on hand to add a third as he found himself in acres of space in the penalty area to fire home a rebounded shot. 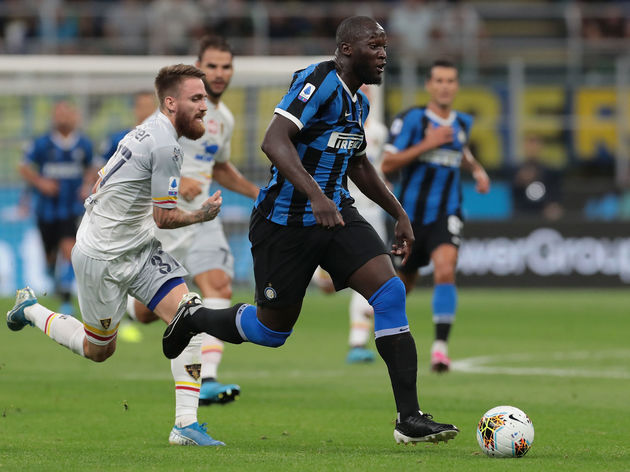 Antonio Candreva's sublime effort sealed the points and threatened to steal the headlines from Lukaku, but the former United man is now up and running for Inter, who currently sit top of the ​Serie A standings.