​Arsenal welcome Manchester United to the Emirates Stadium on Sunday, with both sides looking to gain the upper hand in the race for a top four finish.

Unai Emery's Gunners are a point behind their rivals as it stands, with their confidence no doubt dented ahead of this game after an embarrassing 3-1 defeat to Rennes in the Europa League on Thursday. 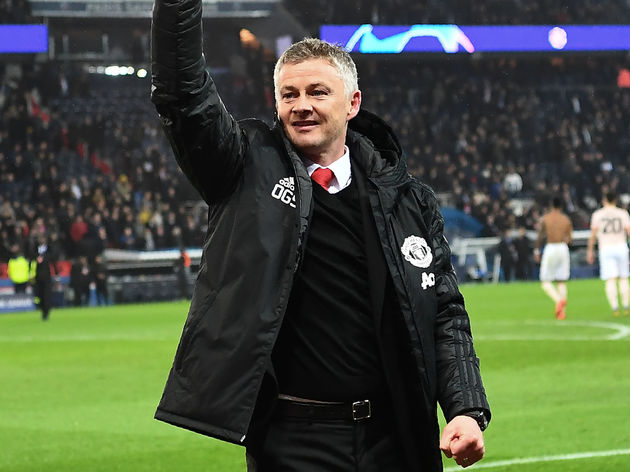 Ole Gunnar Solskjaer's Manchester United are riding the crest of the wave at the moment, having stunned the footballing world by overturning a two-goal deficit to beat Paris Saint-Germain in midweek - reaching the quarter-final stage of the Champions League in the process.

The Red Devils have been in sensational form both domestically and in Europe, with Solskjaer having presided over 14 wins in his first 17 games in charge.

This weekend's clash could be pivotal in the race for Champions League football this season - here's 90min's preview of this usually ​epic encounter.

Arsenal will be looking to bounce back from midweek disappointment in the Europa League, but will have to do so without the support of four first-team players.

Lucas Torreira is suspended for the Gunners after being sent off in stoppage time last weekend, and Unai Emery will also be without long-term injury casualty Hector Bellerin. Rob Holding and Danny Welbeck remain on the treatment table as well, with both expected to be ruled out for the rest of the season. 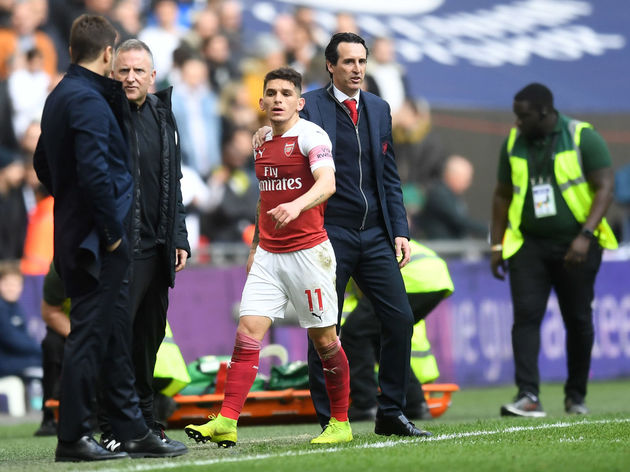 Ole Gunnar Solskjaer's work at Manchester United has been all the more remarkable, given his recent injury troubles. At one stage, the Norwegian had 10 injuries to contend with though that burden has been eased a little heading into the weekend.

In his pre-match press conference, Solskjaer revealed that Anthony Martial will return from a groin problem, with Eric Bailly also expected to be fit. The Ivorian trudged off against PSG in midweek, but he could be fit to play alongside both Nemanja Matic and Ander Herrrera, who the former Cardiff boss also hopes to have available.

A number of injuries still remain despite that good news, with Jesse Lingard, Alexis Sanchez, Juan Mata, Antonio Valencia and Phil Jones all ruled out.

Arsenal and Manchester United have contested 53 Premier League games since the competition's inception in 1992, with the visitors having the upper hand so far.

United have won 24 games of those matches, with 16 games ending all square. 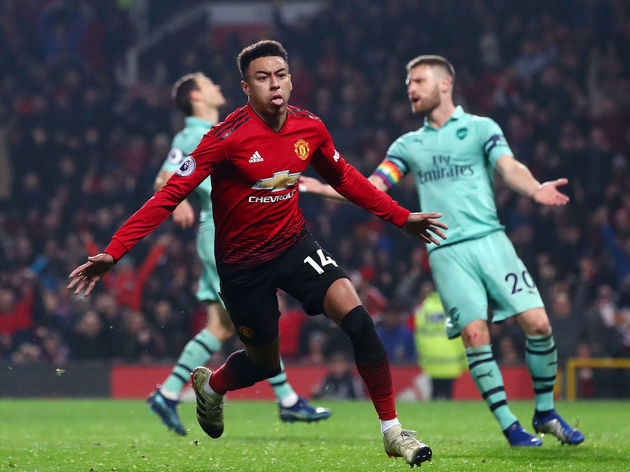 Recently, United have had the upper hand - knocking the Gunners out of the FA Cup at the Emirates Stadium in January. They were also victorious in their last league visit to north London, emerging 3-1 victors on the day thanks to goals from Antonio Valencia and Jesse Lingard (2).

The reverse fixture back at Old Trafford finished 2-2 earlier this season, though that United was a very different proposition to the one that Arsenal face now - with Jose Mourinho having been in charge for that game.

Arsenal's Premier League form has been very good of late, it's on the European stage that they seem to be encountering most of their problems.

The Gunners have enjoyed home wins over Bournemouth, Southampton and Cardiff recently, also picking up a point at Wembley last weekend against Tottenham in the north London derby.

They last tasted defeat in the league against Manchester City at the Etihad Stadium, who coincidentally are the only team to beat them in the league this season at the Emirates.

United, meanwhile, are on a charge and have stormed back into the top four after a dismal start under Jose Mourinho.

A creditable draw against title challengers Liverpool was followed up by victories over Crystal Palace and most recently Southampton last weekend, with a depleted United side bringing back memories of 'Fergie time' with a late Romelu Lukaku winner at Old Trafford.

Here's how both sides have fared in their last five Premier League fixtures.

Sunday's game is likely to be another pulsating encounter, with both sides hungry to secure Champions League football next season.

Arsenal's home record this season suggests they will be no pushovers, and they will take great confidence from having won 12 of their 15 league games at the Emirates Stadium. 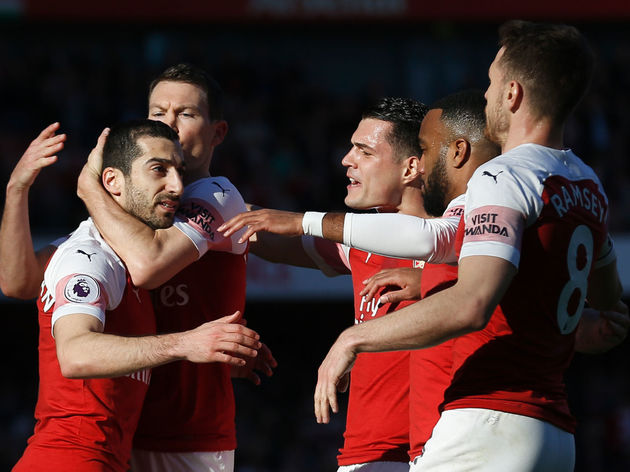