​Manchester United defender Ashley Young has responded to one fan's incredibly accurate prediction for Wednesday night's Champions League clash with Paris Saint-Germain by offering him a signed a shirt and issuing him a challenge for this Sunday's game against Arsenal.

After going down 2-0 in the first leg against the French champions at Old Trafford, United pulled off an unlikely 3-1 victory in the second leg, with two goals from Romelu Lukaku and a last-gasp penalty from Marcus Rashford sealing their ​Champions League progression.

Few would have predicted that outcome given PSG's form and United's injury crisis. However, somewhat unbelievably, one fan did...

Please tell me you put that bet on...藍 ?! As a well done I’m gonna send you a signed shirt ! But, if you predict the score correctly this Sunday....I’ll get the whole squad to sign it...What do you reckon ?! Deal ?! 路‍♂落 https://t.co/pG4xo2Rvkn

​​​In a tweet sent six minutes before kick off, Twitter user @TimmyChin proclaimed: "Honestly got a good feeling about this. Probably either we get totally hammered or we really put on a show. Lukaku with 2. Psg comes back with 1 and rashford fires home 92mins into injury time!"

And, after seeing this incredible piece of premonition, Young agreed to send the lucky fan a signed shirt before issuing him with a prediction challenge for this sunday's clash with Arsenal which, if correct, will land the ​Red Devils supporter a signed shirt from the whole squad.

Retweeting the previous tweet, Young exclaimed: "Please tell me you put that bet on...?! As a well done I’m gonna send you a signed shirt ! But, if you predict the score correctly this Sunday....I’ll get the whole squad to sign it...What do you reckon?! Deal?!"

United have already beaten ​​Arsenal 3-1 at the Emirates this season in the FA Cup fourth round, and will be desperate to record a similar result as the hotly contested race for a top four finish in the Premier League enters its final stages. 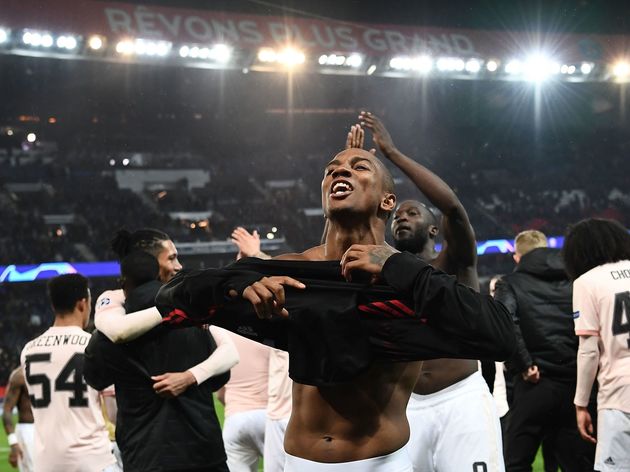 And, that 3-1 scoreline seems relevant in a week where the two sides were on the opposite end of such a result. A day after Ole Gunnar Solskjaer's side triumphed in Paris, Arsenal lost their Europa League last 16 first leg against Rennes.

All of which leaves @TimmyChin with one very big prediction to make.