​Birmingham City manager Pep Clotet has said that he is 'sure' Jude Bellingham's head hasn't been turned by all the transfer speculation surrounding the midfielder, insisting that he remains 100% committed to the Blues.

Bellingham has exploded onto the scene over the last 18 months or so, and despite only turning 16 last summer, he has been a first team regular this campaign.

Prior to the 2-2 draw with Queens Park Rangers at the end of last month, he had featured in 31 successive Championship games, starting all but six of those, and his performances have put him on the map as one of English football's most exciting talents. With that has come no shortage of interest in his signature, however. ​Borussia Dortmund and ​Manchester United have emerged as the frontrunners, with some reports even suggesting the former had made an approach - though Birmingham ​exclusively denied that to 90min last week.

As far as United's interest goes, Bellingham has reported to have been ​given a tour of the club's Carrington training ground, having seemingly failed with a £30m bid in January.

Birmingham’s Jude Bellingham and his parents were at Carrington today. His father was driving with Jude in the back seat #mulive [sun] pic.twitter.com/H6PRFHfkCr

With this level of interest in his signature, it seems unlikely he'll be a Birmingham player for too much longer, but manager Clotet reckons for the time being, he is fully focused on life at St. Andrew's.

“I always thought he is very mature and very focused – but he has to be,” he said, as quoted by the ​Manchester Evening News. 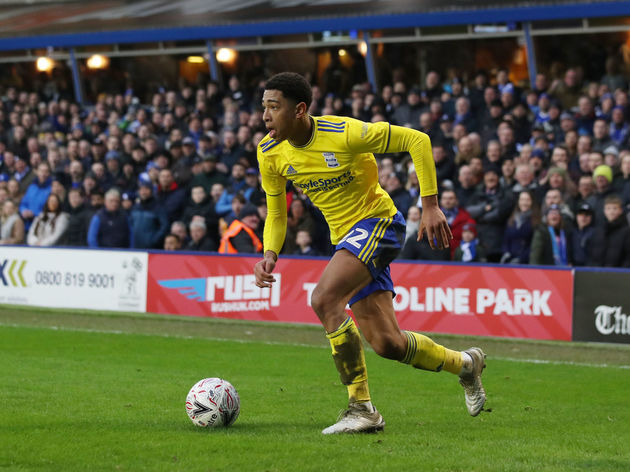 “That’s the feeling I get from him, when I speak to him and work with him."

​Birmingham lost 3-1 to ​Reading on Saturday and sit 16th in the ​Championship table, nine points off the playoff places and eight clear of the relegation zone in what has been an indifferent season.