Bournemouth vs Man Utd: 7 Key Facts & Stats to Impress Your Mates Ahead of Premier League Clash

Manchester United travel to the Vitality Stadium on Saturday with renewed confidence, having potentially ended their early season crisis with a string of impressive results.

A spirited draw with league leaders Liverpool was followed up by three wins on the bounce in all competitions and United currently sit a respectable seventh in the Premier League table.​ Bournemouth in contrast are having a torrid time of late. Since defeating league whipping boys Southampton 3-1 in September, the Cherries are without a win in five games.

Surely then this will be an easy win for Ole Gunnar Solskjaer side? Well, let's see what the stats suggest... Since then however, things have not gone as well. In the subsequent seven fixtures between the two sides the Cherries have only avoided defeat once, a stat that does not bode well for Eddie Howe's side. The Red Devils have only failed to score in once when facing Bournemouth and that came in 2-0 defeat in the FA Cup in 1984. Let's hope the streak continues on Saturday. ​Bournemouth's time in the Premier League has generally been characterised by attacking strength and defensive fragility, however in recent weeks the tables have turned.

Despite conceding just one goal in three games, the Cherries have not scored during that time. If they fail to convert on Saturday it will be the first time they've gone four games without scoring since March 2012 - at which time they were in League One. The most times a Premier League team has missed from 12-yards in a season is five (Liverpool in 2011/12 and ​Tottenham in 1994/95). Could we be crowning the new kings of penalty mishaps in May? ​​Anthony Martial is looking in tiptop shape this season, having scored or assisted a goal in each of his four Premier League starts.

He is less effective when used from the bench though, failing to register a goal or an assist in his last 16 substitute appearances. START HIM OLE!

Fraser's Off The Boil 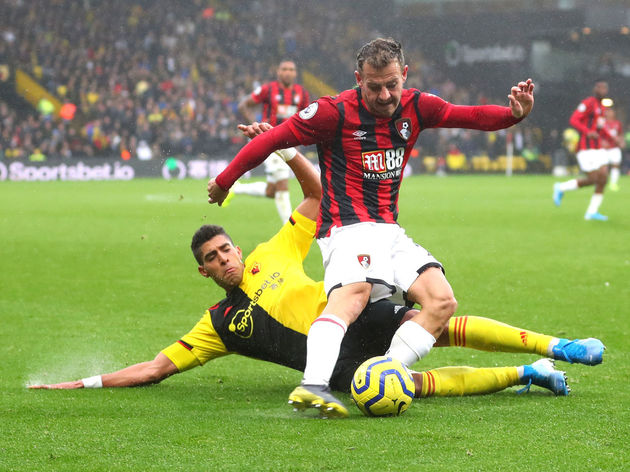 This season has been underwhelming in comparison. The Scotsman is only creating a goalscoring opportunity every 63 minutes and has provided just one assist in 627 minutes of action. Pull your finger out, Ryan. ​