Fernandes has made a flying start to his United career since a January move from Sporting CP. The Portugal international has already scored three times in only five games for his new club and has given the whole squad a much needed lift with his early displays. 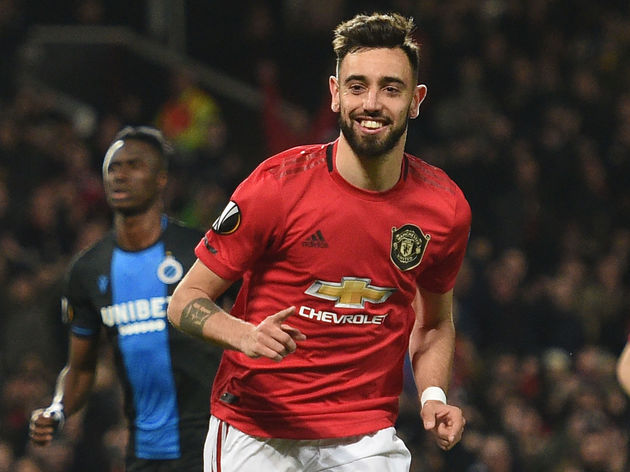 United’s performances in recent outings are a far cry from the rather wretched six weeks from mid-December to end of January when Fernandes arrived.

Pogba’s influence and quality was a huge miss during that time and it was an increasingly desperate situation for him to get back on the pitch to try and make some sort of difference.

The 26-year-old did improve United when he came off the bench in an otherwise dismal team performance against Watford shortly before Christmas. But his involvement in that game, and then again against Newcastle on Boxing Day when he is thought to have played through pain to be involved, came at the cost of another injury setback that even required surgery to correct.

Pogba has been criticised for the length of his absence when it was first predicted he might return from surgery by early February, yet caution is likely to have played a big role in that delay. Without Fernandes doing what he has, Pogba would have been expected to hit the ground running on his return from injury and immediately make a difference.

Colleagues and a manager seemingly out of other ideas were desperately in need of his return, while the media have long lacked patience when it comes to judging the Frenchman and he would almost certainly not have been afforded time to build his match fitness before the knives came out.

Even with Fernandes, Pogba will likely still be criticised. A bloodthirsty press pack will need no invitation to compare the World Cup winner with United’s newest star when they share the pitch together for the first time, despite him being sidelined for the best part of six months. But the pressure to take the full weight of the team on his shoulder has now gone.

Given that Fernandes has already provided that lift and breathing space, Pogba can initially focus on his fitness rather than dealing with the added burden that would otherwise have been upon him.

ESPN reported this week that Pogba is looking forward to ‘developing a partnership with Bruno Fernandes’ ahead of his return to training in the coming days. Should it blossom between them, it could even be the catalyst for Pogba to commit his future to the club.