Fernandes has been one of the most talked about players of the whole summer off the back of a 2018/19 season in which he scored 32 goals from midfield and provided 18 assists. 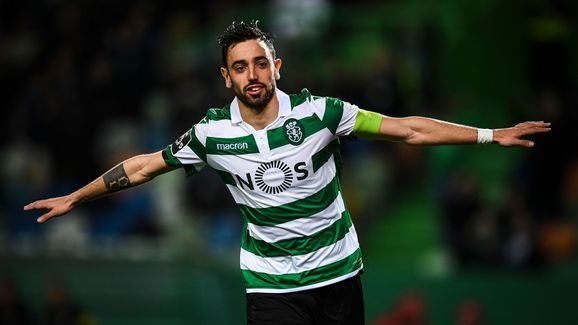 The saga has been driven almost exclusively by the Portuguese press, seemingly acting on behalf of Sporting and the player's camp to create as much buzz around a transfer as possible.

Sport Witness has relayed that the mood has taken a turn from optimism to pessimism in Portugal, with O Jogo in particular describing Fernandes as being at a 'dead end'.

Tottenham apparently offered no more than €45m up front, with a further €25m in various add-ons to reach the asking price. Sporting are said to have wanted the full €70m up front. But with pound sterling further weakening against the euro, the price for English clubs only ever went up.

There is one last hope in Portugal of a deal happening and that comes from Jorge Mendes. The super agent does not directly represent Fernandes, but it seems that Sporting hope his influence could help broker a deal and it is Correio da Manhã that writes he is in Manchester. Mendes is thought to have visited to oversee the final details of David de Gea's new contract, but Sport Witness notes how the Portuguese press believe he has stayed there to 'unblock' a potential transfer to United and is working alongside Fernandes' actual agent Miguel Pinho. Their apparent goal is to convince United officials to make a last ditch bid.

The whole thing feels somewhat reminiscent of the lengthy James Rodriguez saga in 2017, with the Colombian offered and offered and offered to various top clubs for months without a serious buyer, until Bayern Munich eventually took him on a two-year loan.

If United aren't interested - it is thought Fernandes has only ever been of superficial interest to the club and has never become a serious target - then there will be no deal.

What suggests that Mendes, Pinho and Sporting will ultimately be unsuccessful in flogging Fernandes to United is the increasing expectation that there will now be no more new signings at Old Trafford this summer. BBC Sport's Simon Stone has tweeted that United have 'not completely given up on signings but not looking likely at this stage.'

Man Utd not completely given up on signings but not looking likely at this stage.

Sporting will still have opportunity to sell Fernandes this summer. The transfer windows in Spain, Germany and France remain open until 2 September, while the Italian window closes on 23 August. But the chances of getting any club to pay €70m now appear slim.