Chris Smalling has revealed his disappointment at not featuring in Gareth Southgate's England plans, but insists he is not yet resigned to his international career being over.

The on-loan Roma defender last played for his country during England's 2-2 draw with Scotland in the summer of 2017. But he was omitted from the squad the following November, with Southgate saying in no uncertain terms that Smalling lacked the on the ball ability of John Stones and Harry Maguire, making it more difficult for him to slot into England's building from the back philosophy. The former Fulham man had previously been an England regular, playing in every fixture at Euro 2016 and earning 31 caps since his debut in 2011.

Now, in an interview with the ​Telegraph, Smalling spoke about the no frills manner in which Southgate dropped him from the England squad, despite playing week in week out at Old Trafford.

“I am disappointed. I was used to going to England," Smalling began. " I was playing regularly for United up to when I left. The aspiration is always there. Ultimately it is down to the manager’s choice.

“What was said was maybe unfair at times and managers [who have selected me] at United are some of the world-class ones. 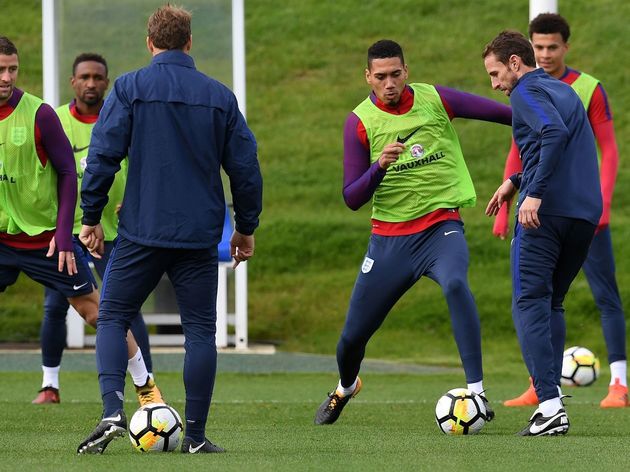 Smalling was effectively replaced by Maguire for the second time in two years this summer, as ​Manchester United broke the bank this summer to secure the former Leicester man's services for £80m.

Seeking guaranteed game time and a brand new footballing education, Smalling made the ​season long switch to Roma at the end of the transfer window - and he insists that it is an opportunity that excited him.

“This is the perfect opportunity to try and live in a different culture. In that respect it is like a total change, although football is still the same football.”

Smalling's Roma debut has been delayed due to a groin strain, and it is touch and go as to whether he will make his first appearance against Bologna on Sunday.

British players have famously experienced mixed fortunes when playing abroad. It will be interesting to see how Smalling fares, and whether his performances in Rome can alter international boss Gareth Southgate's stance.