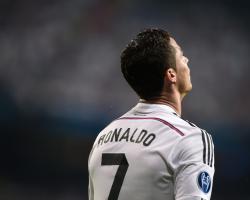 So, who didnÃât see that coming? Every year since leaving Manchester United there has been talk around transfer time that the Portuguese International is unhappy with his treatment or that he is not getting the love he deserves and wants to leave the Spanish giants.

No numbers have been put forth as of yet, but it will have to be in the neighborhood of ÃÂ£100m to even be taken seriously.

Ronaldo is said to be unhappy with the appointment of manager Rafa Benitez as new manager after publicly coming out in support of ousted manager Carlo Ancelotti just days before he was sacked.

Just look at their transfer record so far this year

A disgruntled superstar like Ronaldo can go a long way in destroying that.

Ronaldo has always stated that he wants to come back to Old Trafford, but is he telling the truth or using that as leverage for yet another contract? United are in a spending mood, but will they give up money and players to get Ronaldo back? Every United fan hopes so!