​Ole Gunnar Solskjaer will take his Manchester United side to Selhurst Park to meet Crystal Palace in the Premier League on Wednesday.

The Red Devils have had a superb run since the legendary Norwegian took control, with the likes of Marcus Rashford and Paul Pogba playing some of the best football of their careers. 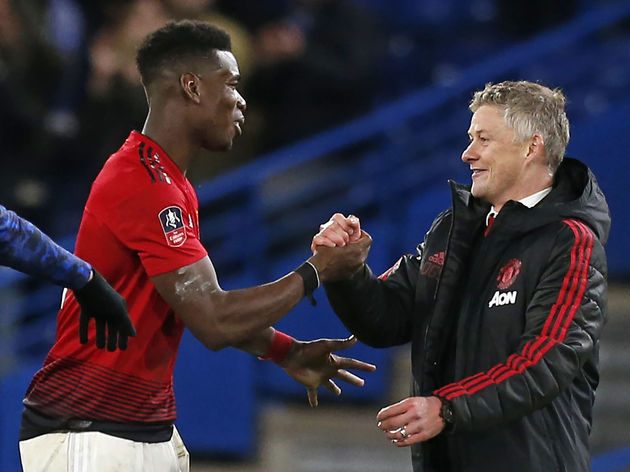 However, they will come up against a resurgent Palace side who have not tasted defeat since mid-January. There are no easy games in the Premier League, and Wednesday's clash will be yet another example.

Here's 90min's preview of the match between the Eagles and the Red Devils.

For ​Palace, defenders Aaron Wan-Bissaka and Martin Kelly will likely remain on the sidelines as a result of their muscle injuries, and centre-back ​Mamadou Sakho faces a late fitness test after limping off against ​Leicester City. Connor Wickham and Pape Souare remain unavailable. ​United's squad took a real beating against ​Liverpool, with ​Ander Herrera, ​Jesse Lingard and ​Juan Mata all leaving the field with injuries. As a result, Solskjaer will likely opt to rest all three, meaning they will join fellow absentees ​Nemanja Matic and ​Anthony Martial on the sidelines. ​Rashford could also miss out, after picking up a knock against Liverpool.

Palace and United have faced off no less than 36 times in the past, with the Red Devils tending to come out on top, securing 24 wins since their first meeting in 1979. However, the last match between the two sides ended in a goalless draw at Old Trafford, which will certainly give Palace confidence of securing a positive result on Wednesday.

​Surprisingly, the top scorer in this fixture's history is none other than ​Mata, who has netted four times in 11 meetings with the Eagles. However, the Spaniard will not get the chance to add to that tally, with a hamstring injury forcing him into a period on the sidelines.

Roy Hodgson's side have impressed greatly in recent weeks. Their last match ended in a 4-1 victory over Leicester, which ultimately cost the Foxes' boss Claude Puel his job. Palace have not suffered defeat in any competition since the 4-3 loss to Liverpool in mid-January, which has helped them climb up to 13th in the ​Premier League. However, there are few English sides with more confidence than United, who have wrestled their way back into contention for Champions League qualification with a stunning run of form. They struggled to show their best in Sunday's draw with Liverpool, but they remain a potent threat.

Here's how each team performed in their last five fixtures: