Cult Heroes: Ranking All 20 Premier League Managers by How Likely They Are to Join a Cult

​I'm not going to do a long intro for this. You've seen the title, you know what we're looking at here: it's 20 men, in reverse order of how likely they are to join a cult. That's it. That's the list. There's no metacommentary, it's not linked to anything that's actually happened, it's just...this. Is there a more astoundingly level-headed, sensible manager in the Premier League than Chris Hughton? There is not.

Let's not fuck around, Jurgen Klopp is a cult man. But that man, 6'3 of affected Teutonic energy, would rather get a sensible haircut or have a press conference without a premeditated bit of wackiness than join someone else's cult.

He won't join a cult. He'll start one. #ItMeansMore

Held up at gunpoint with his wife, got out alive and unharmed. Basically does nothing in his free time except watch football and go out for dinner with Mrs Pellegrini. Where's the recruitment angle? The Southampton manager has been in the ​Premier League for four months now, and the only thing we know about him is that his name means (but also doesn't actually mean) Rabbit Hutch. Even if he was in a cult, would we ever know?

Hahahahah imagine someone as grumpy as Maurizio Sarri being in a cult. He might look into joining one, but he's never getting past the recruitment stage.

Not necessarily related, but Marco Silva really does look like Colin Farrell's hapless one-job hitman from In Bruges if he managed to survive the aftermath of the film and live happily and healthily in Belgium with Chloe (sidebar: Clemence Poesy, I love you, please marry me) for about a decade. Maybe they went to Portugal. Maybe he picked up the language, and started a new career as a football coach. Moved to Hull, then ​Watford, then ​Everton. But he's still haunted by that *SPOILER ALERT* kid he killed, which is why he always looks slightly glum.

Probably it's none of that. Anyway. He's a middling cult candidate.

Maybe, but only if it was club-backed. 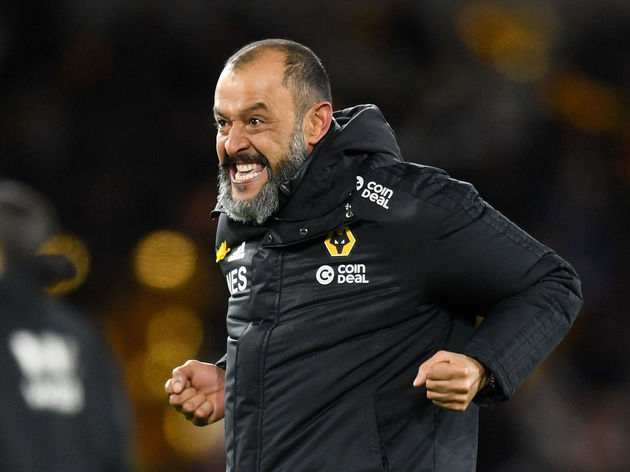 There's something a little bit wild about Nuno, isn't there? It's probably the beard, but it gives the impression of someone who'd be comfortable – that he'd enjoy, even – a survivalist cult who live in the woods and wipe their arses with leaves because toilet paper is, like, bad for the environment, man.

There aren't many of those cults in Wolverhampton though, so he's probably out of the reckoning.

There's just something a little bit...soft about Rafa Benitez, isn't there? That's not a waistline jab (I'd hate to take a cheap shot that Jose Mourinho's already reached for) but it's a mentality thing. He just seems slightly malleable. He might not even know he's working for the cult. Looks like a vampire. Might??????? have killed. Not on purpose, but just by looking at someone? Then he blinked, and he saw their eyes widen for a second and they breathed out a little sliver of light and went limp? And he rang the ambulance and tried to give them CPR but it was just too late, they were gone? And he's never looked anyone in the eye since in case It Happens Again and he's just looking for somewhere he belongs and that, that is how Unai Emery joins a cult.

Jan Siewert is a lackey in Jurgen Klopp's cult, this is canon, it is inarguable, it is fact. Angry, ain't he? Easy to get angry people into a cult, just tell them another person/people/thing is responsible for the things they don't like and bang, you're away.

Johan Cruyff arrived in ​Barcelona as manager in 1988, when Guardiola was a 17-year-old in the youth team. He spent 18 of the next 24 years at Camp Nou as the club was consumed by the cult of Cruyff, and is a fully-fledged devotee himself. 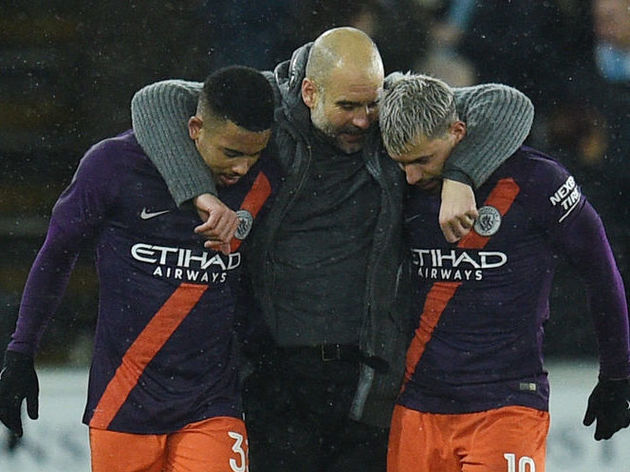 The big baldy has a hint of the cult leader himself, but that's just because he's grown through the ranks of the Cruyffists. He's cult through and through.

The smiling, polo shirted face of organised evil. If Eddie Howe hasn't stopped someone in the street with an 'Excuse me, do you just have a second to talk about...' at least once in his life, I'll chew off my thumbs. He's never been employed to, he just feels a compulsion. It's in him. He's a born cultist.