If you've watched any Championship football this season, you'll know exactly who Daniel James is.

The winger has been tearing it up for Swansea City this season, and now Manchester United are ​nearing the £15m signing

Here are six things you need to know about him.

Remember when Dan James absolutely blitzed his way from one end of the Liberty Stadium to the other in about 7️⃣ seconds? 😳

The young Welshman is reported to be on his way to Manchester United...

When you watch James play, the first thing you will notice is his terrifying pace. The 21-year-old is outrageously quick​, and he has proven that on more than one occasion.

The best example came in an FA Cup tie against ​Brentford in February, in which James channelled his inner Usain Bolt to sprint the entire length of the field on his way to scoring a goal.

He told ​The Telegraph that he was clocked at 36kph, which is almost identical to Arjen Robben's world-record pace of 37kph from 2014. So, if you haven't figured it out yet, calling James just 'fast' does not do him justice. He's ridiculous.

He Was Stuck at Elland Road When a Transfer Collapsed Before he was being linked to the likes of ​United and ​Liverpool, James was 99% a ​Leeds United player when the Yorkshire side had a £10m bid accepted for him in January.

He travelled to Leeds and underwent a medical, only for ​Swansea to pull the plug at the last minute and leave him stranded in Yorkshire as the transfer deadline passed.

It was hugely controversial at the time, but it could prove to be a stroke of genius by the Swans, who may earn themselves even more money this summer. 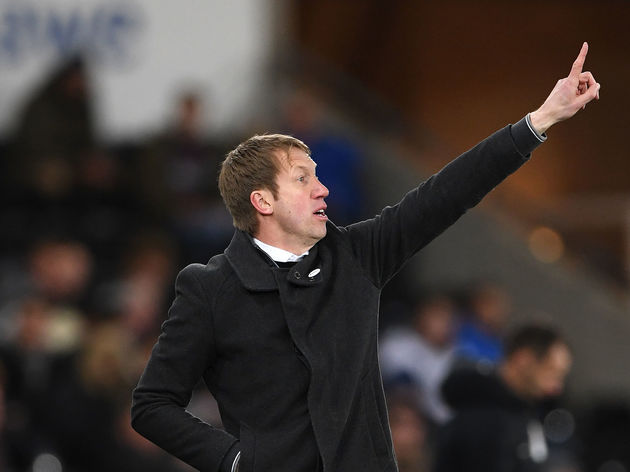 Not only do Swansea feel as though James is too good for the ​Championship, but they also believe he could walk into any top-six side in the ​Premier League. It's a good job United managed to hit the top six then, isn't it?

Manager Graham Potter told ​BBC Sport that he was certain James was already good enough to feature for an elite Premier League side, insisting that he has held his own against the likes of ​Manchester City's ​Kyle Walker and Wales teammate ​Gareth Bale.

Potter also hinted that the Swans would have to cash in on James soon, as he has probably "outgrown" the club. Enter the Red Devils.

James Doesn't Agree With the Hype Just Yet Thanks to his speed and pure talent, many have compared James with Paris Saint-Germain wonderkid ​Kylian Mbappe. It's a bit of a stretch, obviously, but high praise indeed.

James himself ​insisted that comparisons to the French wonderkid are a bit excessive at the minute, but it's not hard to see why people see similarities between the two. Both boast electric pace, and both have made sizeable impacts for their clubs and countries, despite their young ages.

Young players often get caught up in their own hype, but it seems as though James just wants to play football. James has tried to mirror Sterling's pace and goal threat, and is keen to become the full-package, just like the City winger.

He knows he has set himself a high target, but the Welshman added that he is ready to work hard every day to try and match Sterling's level.

Ryan Giggs Is a Huge Fan When it comes to United, few former players hold a similar influence to Wales manager Ryan Giggs. Fortunately, he has spoken of just how highly he rates James.

Speaking in a press conference (via ​​BBC Sport), Giggs ​praised ​James' overall game, insisting that he is not simply just a goal threat or a pace merchant. He also added that he feels as though James is making all the right moves to become one of football's greats.

As a United icon, Giggs knows exactly what it takes to make it at Old Trafford, and it appears as though he sees that special quality in James.