​David De Gea has not travelled with Manchester United's squad for their FA Cup fourth round tie against Arsenal on Friday night.

Ole Gunnar Solskjaer has named an almost full-strength squad for the match at the Emirates Stadium, with De Gea being the only regular who didn't travel down on Thursday. Romero started against Reading in the third round and is likely to start again against ​Arsenal, with Grant on the bench.

​Manchester United are on a seven-match winning run in all competitions since Solskjaer replaced Jose Mourinho in the dugout, and the FA Cup represents their best chance of silverware this season.

​De Gea has been one of the main reasons behind United's upturn in form, particularly with his inspired performance in the win over Tottenham at Wembley, when he made 11 saves and kept a clean sheet.

Last time he played at the Emirates Stadium, De Gea made a Premier League record of 14 saves in a 3-1 win for United, so Arsenal's strikers will be pleased to learn that the Spaniard will not be standing in their way on this occasion. 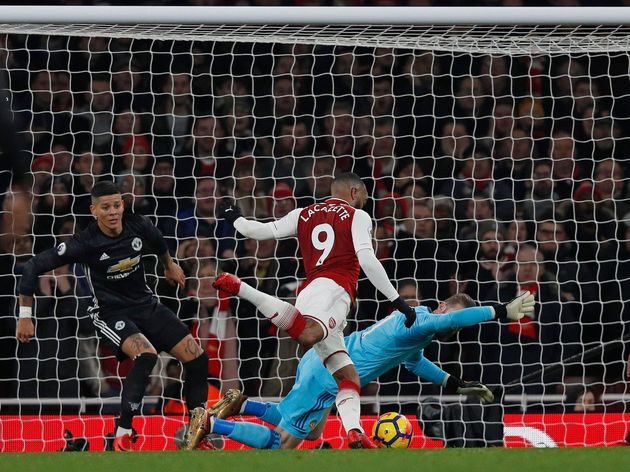 Chris Smalling, Marcos Rojo and Marouane Fellaini were also left at home as they continue to recover from injuries, and there was no sign of Antonio Valencia, who has appeared only once under Solskjaer.

Luke Shaw, who withdrew from last weekend's match against Brighton due to illness, is back in contention and has travelled.