The star duo have been typically instrumental in Ole Gunnar Solskjaer's revival of the Red Devils this term, though the long-term futures of both players remain unclear as both continue to be linked with moves away.

Manchester United's players will take a 25 per cent pay-cut if they miss out on the Champions League and Pogba and De Gea are demanding huge rises to compensate for it | by @MattHughesTimes https://t.co/nx8umBsDgF

​Pogba has been linked with a move to Zinedine Zidane's ​Real Madrid, while ​De Gea remains locked in a contract stand-off at Old Trafford. According to the ​Times, both players are now demanding huge pay rises amid concerns that ​United's potential failure to qualify for the Champions League could see them penalised.

It is suggested that, should the Red Devils fail to finish in the top four and book their place in Europe's elite competition for next season, every first team player at Old Trafford could see their salary hit by a 25 percent reduction. 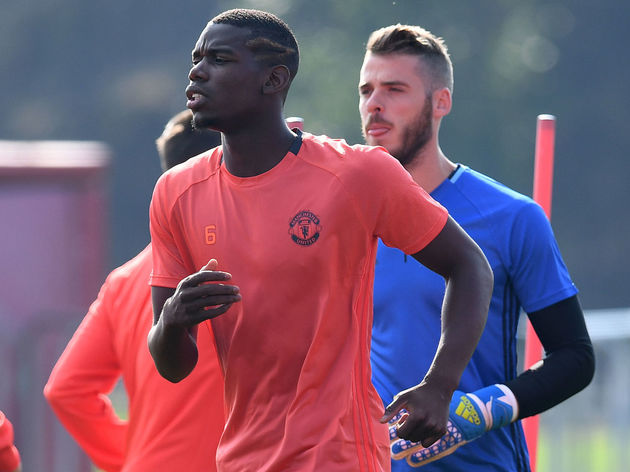 The same consequence is said to have occurred prior to Jose Mourinho's appointment in 2016. Concerns over a repeat scenario have subsequently arisen, with United currently sixth heading into the weekend's Premier League fixtures.

Solskjaer's side trail fourth-placed ​Arsenal by two points as they prepare to face ​Everton in a tough clash at Goodison Park on Sunday, and also crashed out of the Champions League quarter finals at the hands of ​Barcelona in midweek.

Get in the mood for tomorrow's trip to Goodison by reliving this @PremierLeague classic... #MUFC pic.twitter.com/DD3gJsx0H8

The prospect of having to settle for a place in next season's Europe League has subsequently prompted both De Gea and Pogba to seek tactical pay rises, which would compensate for the potential penalty.