​Manchester United goalkeeper David de Gea is prepared to sign the new long-term deal proposed by the Old Trafford club, and is wants to stay following United's recent revival on the pitch.

De Gea, who has made 34 appearances for United this term, conceding 40 goals and collecting 10 clean sheets, was concerned by the club's form and trajectory under Jose Mourinho, leading to some hesitancy over whether he would commit his future to them. However, according to the ​Daily Mail, the revival under Ole Gunnar Solskjaer has prompted the custodian to reconsider, and he is now willing to sign a new long-term contract with the ​Red Devils worth between £350,000 and £370,000-a-week.

After his long touted suitors Real Madrid signed Thibaut Courtois last summer, his interest in making that particular has cooled. Indeed, it is understood that the regular criticism he receives on Spanish shores has also put him off returning to his native land for the time being.

Paris Saint-Germain have also been sniffing around De Gea, especially with current keeper Gianluigi Buffon only set for a short stint between the Parisian sticks. But the 28-year-old is said to be dissuaded by a move to the French capital thanks to the lack of quality in Ligue 1.

A similar disinterest is felt towards Buffon's former side Juventus, and their extravagant contracts with Cristiano Ronaldo and Aaron Ramsey make it unlikely he would be able to receive the salary he could in Manchester.

The club have been attempting to tie the shot--stopper down since the start of the season, and activated a clause in his current contract, which was set to expire in June, to keep him for a further year. 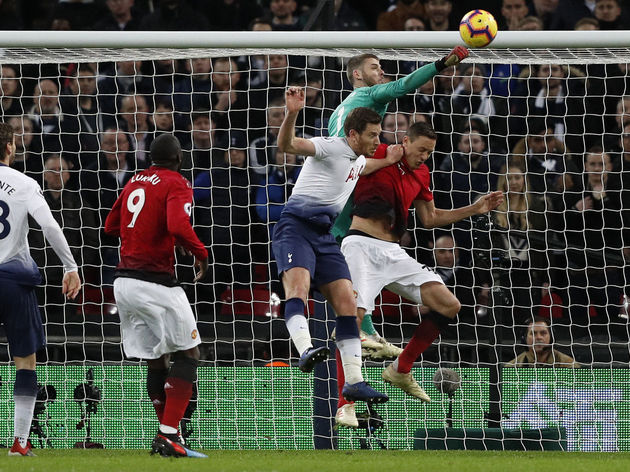 And after extensive negotiations, the club have a £350,000-a-week deal ready for their star man to sign, though the player's agent is keen for it reach at least £370,000-a-week in light of Alexis Sanchez's staggering £400,000-a-week package.

But this not expected to be a significant stumbling block, with representatives close to ​De Gea expecting the deal to be signed this summer.