​On-loan ​Manchester United goalkeeper Dean Henderson has revealed that he was close to joining Leeds instead of ​Sheffield United.

Henderson joined the Blades on loan for the 2018/19 season, and was part of their stunning promotion charge which saw their return to the ​Premier League at the expense of Marcelo Bielsa's ​Leeds. In an interview with ​Sheffield United's ​club website, Henderson has revealed that joining the Blades was the 'best decision of his career so far', and that he nearly ended up at Elland Road instead of Bramall Lane.

He said: "I'd been down to ​Leeds, and it looked as though I was signing there. ​Bristol City were very keen as well, and then my agent rang me and said that Sheffield United had been on the back burner. I said to him 'Why haven't you told me?', because I really wanted to go there."

Henderson's performances were key to United's success as they conceded the joint fewest goals in the Championship last season and also had the most clean sheets in the division. The England Under-21 international, who was called up to the senior side for the first time in October, has revealed that manager Chris Wilder was instrumental in his decision to join the South Yorkshire club.

"The gaffer rang me, we spoke on the phone for an hour, and to be honest I was walking there before I even put the phone down," Henderson said. "I was just buzzing to come to Bramall Lane. It has been the best decision of my career so far." 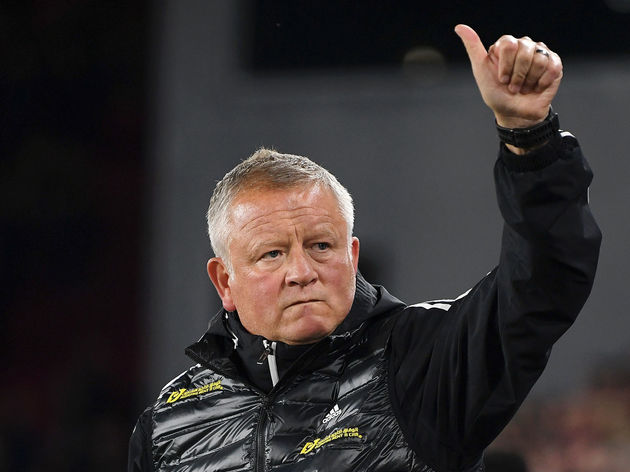 ​Sheffield United now sit sixth in the Premier League table and have put aside most pre-season doubts over their overall to stay in the top flight. They have secured stunning wins over ​Arsenal and Eve​rton, while they also ran league leaders ​Liverpool extremely close, only losing through an error from Henderson himself.

Incredibly, the newly promoted Blades have conceded the least in the top flight so far this season, letting in just eight goals, and Henderson is targeting bigger things with the club.

"I don't just want us to stay up this year, we want to fight to get as far up the table as possible," he said. "I'm sure the manager won't let us take our foot off the gas. We're all still hungry for more success, and I will give it my all to help fulfil our potential."