Diego Forlan: 10 of the Greatest Moments in His Illustrious, Globe-Trotting Career

​Diego Forlan announced on Tuesday that his time as a professional footballer is over. His career lasted over two decades, seeing him play on three different continents, whilst also earning 112 caps for his beloved Uruguay.

Following his retirement, here's a look back on his best ten moments in the game. Here we go... 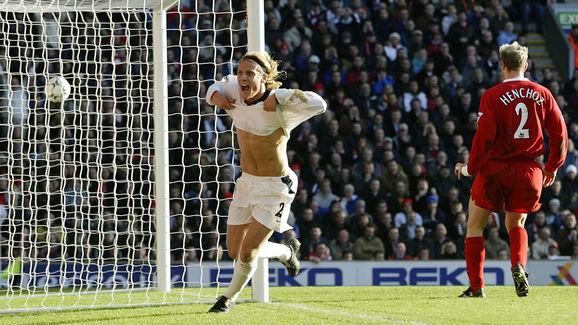 Many United fans were largely unconvinced by their new forward, yet goals against a major rival can change all that and ​Forlan scored two.

In December 2002, he netted twice in three minutes at Anfield to hand his side a 2-1 win against Liverpool. After almost a year of uninspiring performances, all was forgiven by the United faithful. Despite going on to play his best football in Spain, Forlan's only league title in Europe came in England at United in the 2002/03 season. He contributed just six league goals in that campaign, but it was still a proud achievement in his career. Having been unable to make the desired impact in the Premier League, Forlan moved to Villarreal in the summer of 2004. His maiden season at the club was one to remember.

He finished the season with 25 league goals, the most in La Liga, earning him the Pichichi trophy for the league's top scorer.

Incredibly, a fifth of those strikes came against Barcelona

Only Thierry Henry, then at Arsenal, could keep up with his goalscoring exploits, with the two of them sharing the European Golden Boot that season. Winning one Pichichi is a fine achievement. Forlan went on to win it for a second time in 2008/09.

In 2007, he was bought to replace Fernando Torres at Atletico Madrid, who

In his second season at the club, Forlan did just that. He scored 32 goals, seven more than he had managed when he previously won the Pichichi​, with his accuracy in front of goal earning his team a spot in the Champions League.

Man of the Match in the Europa League Final

Forlan's one European Cup triumph at club level came in 2010. Atletico dropped in to the Europa League in the second half of the season, but Forlan found his best form just at the right time, scoring in both legs of the semi-final against Liverpool to take his team through to the final.

There they faced another English side in Fulham

Winning the Golden Ball at the 2010 World Cup Forlan continued his club form into that summer's World Cup. Unfancied Uruguay battled their way through to the semi-finals of the competition, before eventually losing to the Netherlands 3-2.

Their run was aided by Forlan's displays, with the forward ending the tournament as the joint-top scorer with five goals​. His goals were of exceptional quality as well, with three of them coming from outside the penalty box, one of which came in the third-place playoff against Germany and was voted as the goal of the tournament by FIFA.

His performances were so impressive that he won the Golden Ball, the award handed to the best player in the tournament.

Winning the UEFA Super Cup in 2010 Having won the Europa League the previous season, Atletico got to play in the 2010 UEFA Super Cup against Internazionale

Forlan added to his trophy collection, with his team winning 2-0 in Monaco. For once, he did not score in the match, but he did go on to net three times in the first two La Liga games of the season, as his purple patch of form continued. Uruguay built on their impressive showing at the 2010 World Cup by winning the Copa America the following year. Once again, Forlan played a pivotal role on the big stage.

He failed to score in any of Uruguay's first five games in the tournament, but when his team needed him he stepped up to score twice in a 3-0 victory over Paraguay in the final. The 2011 triumph was Uruguay's 15th Copa America title but first in 16 years. Having shone in Europe, Forlan decided to move back to South America in 2012, joining Brazilian club Internacional.

He immediately endeared himself to the fans by scoring nine goals in the 2013 Campeonato Gaucho, a total that saw him finish the competition as the top scorer, as well as earning his team the title.

Becoming a Champion With His Boyhood Club 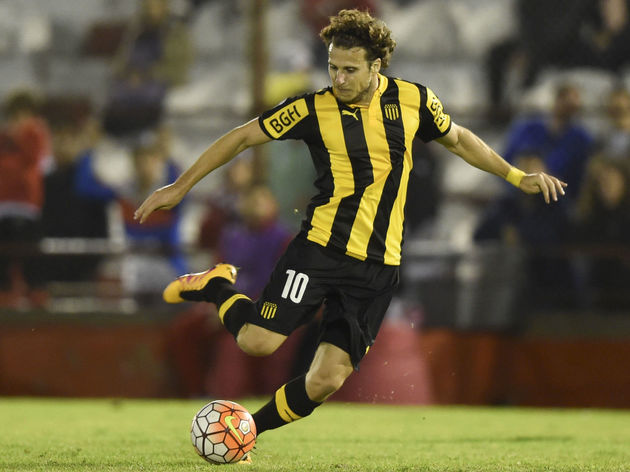 With his career clearly winding down, Forlan returned to his boyhood club Peñarol in 2015. He would stay at the club for just a solitary season, but that was enough for him to taste glory once more.

Eight goals in 31 games for the club helped them to the league title. This marked the final great achievement for Forlan in his glittering career.