​Diego Forlan has officially announced his retirement from football after 21 years as a professional player.

The striker has not played since May 2018, but had not previously publicly stated that he had retired. However, Forlan opted to confirm that his playing days were over in a TV interview with Telemundo de Canal 12 on Tuesday. 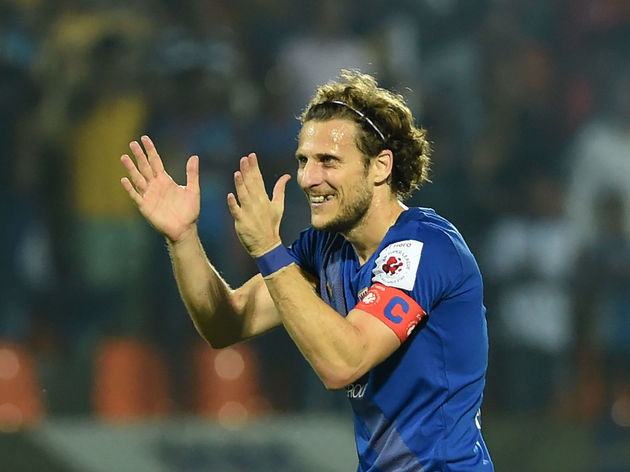 During the interview, as reported by Ovacion

"It has not been easy, but there were several interviews where they asked me the question and even though we did not want this moment to come, we knew that one day I would arrive and I have decided to stop playing football professionally", he said.

The 40-year-old revealed that he is in talks to put together a testimonial match in Uruguay to give back to the fans that have supported him over the years.

"We are running a farewell match. In Uruguay for sure, we are still talking. "I really enjoy being in Uruguay, but I did the coach course and I enjoy what this is. I would love to try it. You have to see what kind of offer comes".

Forlan had an illustrious playing career, starring for the likes of Villarreal and Atletico MadridManchester United

His defining moment as a player came in the 2010 World Cup when he finished as the joint-top scorer with five goals to help Uruguay to the semi-finals. His performances earned him recognition as the best player in the tournament, winning the Golden Ball.