Bruno has brought verve, tempo and quality to the Red Devils' midfield since his move from Sporting CP, scoring three and providing four assists in just nine appearances thus far.

Before the postponement of all football due to coronavirus, Manchester United hadn't lost since the midfielder's arrival, winning seven of ten. As reported by ​Sky Sports, Diogo Dalot talked up the 25-year-old, bristling with excitement over the prospect of continuing to play with his Portuguese teammate.

"He's a top guy, a top player. He is going to be a legend, no doubt about that," Dalot emphatically told ​Manchester United's official podcast.

"He's unbelievable, he can get better of course as well. He's going to learn a lot from this club. I think he is a massive player to have in this team and he's going to be a very good player for this club.

"He was the captain at Sporting, of course, he's an experienced player as well, 25 years old, he's played in Italy, he played in Portugal as well. He knows what he is doing. It's going to be very good for him." Signed during José Mourinho's tenure, Diogo Dalot has taken a little longer to adjust to ​Premier League football than his compatriot. The wing-back told the UTD Podcast that his settling wasn't made any easier as he was unable to choose his preferred number, settling for number 20 instead.

“I was between 22 and 20. Sergio Romero wanted the 22 and, of course, I had the 20. I was 20 years old at that time, it had the number two and then the famous song of '20 times, Man United’. So little things like that made me choose the number and it’s a legendary number with [Robin] Van Persie and Ole.” 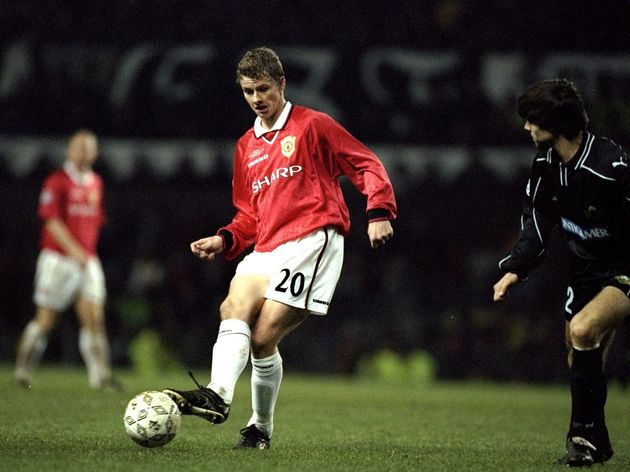 In a wide-ranging interview, Dalot touched on his altruistic side and how he bought his childhood club,

"It was one of the first things I thought to do when I came here because when I moved to Porto they didn't win nothing, Porto didn't pay them," he said. "Porto gave them six Nike balls, it was the first Nike balls that the club had.

"Of course when I moved, because it was a very long period (since leaving Fintas), they didn't win nothing from my move to ​United. In the current climate, it remains to be seen when Manchester United's Portuguese connection can start up again, but here's hoping it's sooner rather than later.