​Manchester United executive vice-chairman Ed Woodward has apparently narrowed his search for the Red Devils' next manager to five names.

Interim boss Ole Gunnar Solskjaer has impressed since replacing Jose Mourinho in the dugout, boasting a 100% record in his three games in charge, and unsurprisingly the Norwegian is one of the five candidates on Woodward's list.

Ole Gunnar Solskjaer is only the 3rd @ManUtd manager to win his first three league games in charge of the club, after Matt Busby and Jose Mourinho pic.twitter.com/N0vGIS6eHW

Pochettino appears to be the hot commodity in the managerial hunt, as both United and La Liga giants Real Madrid are believed to be intent on getting the Argentinian, with Spurs fearful that Pochettino would find Los Blancos' interest ​difficult to resist.

The fifth name on Woodward's apparent shortlist will likely come as a surprise to United fans: Salzburg boss Marco Rose.

It's thought that the German has impressed the United hierarchy with the work he's done with the Austrian outfit, leading Die Roten Bullen to the Austrian league title in his first season in charge, as well as taking the club to the semi-finals of the Europa League last season. Salzburg are currently undefeated in league play this season, with a 14 point advantage over their closest rivals. 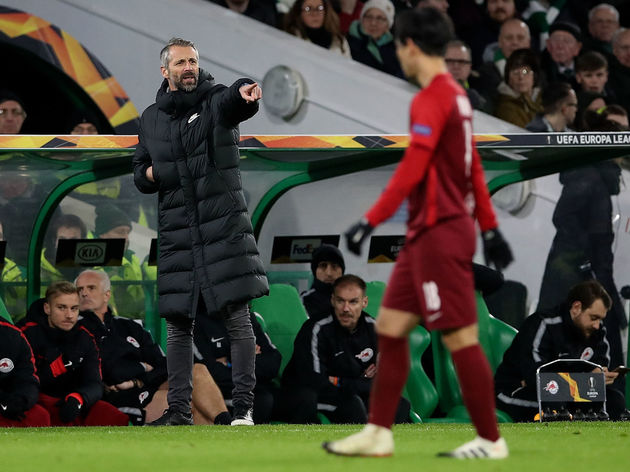 However, Rose is a dark horse for the role, with Pochettino the clear favourite. With that said, with Solskjaer's admission that he would be 'happy' to take the United job on a permanent basis, as well as the Red Devils' blistering form, one may wonder if the Norwegian might get the nod come the summer.