​Paris Saint-Germain forward Edinson Cavani is dreaming of playing in the Premier League and could be on the move this summer.

The 32-year-old Uruguayan had been linked with a move to his old side Napoli in Serie A, but club president Aurelio De Laurentiis has since played down those reports due to the cost of the player. 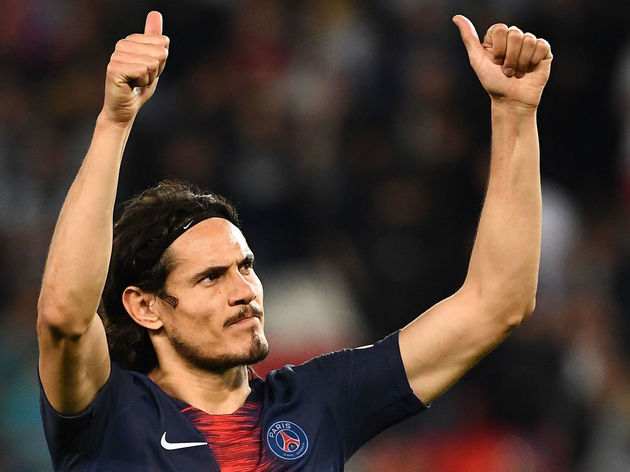 Calciomercato reports that PSG's all-time top goalscorer has been trying to engineer a move to the Premier League and still has plenty of desire to play in England.

The report also name-checks Manchester United and Chelsea as being interested in Cavani, who has scored 192 times in 272 appearances for the Ligue 1 champions since his Neymar and Kylian Mbappe, Cavani may feel that his time may be up in the French capital.

While Chelsea's summer business will depend on whether their transfer ban is upheld, Man United might be the more probable destination for the forward, as they look towards a window of rebuilding following a difficult campaign.

The Red Devils' top goalscorer is midfielder Paul Pogba, who has 13 strikes to his name, so United may see Cavani as the proven goalscorer they desperately need. However, credible reports of late suggest United's preference is for younger talent. Chelsea's ability to sign the Uruguayan will obviously depend on whether they can earn a temporary reprieve from their transfer ban, but also whether current on-loan forward Gonzalo Higuain will remain at Stamford Bridge next season.