​Former Manchester United goalkeeper Edwin van der Sar has revealed his desire to one day return to Old Trafford as a director.

The Red Devils are in the process of looking for a new technical director, and Van der Sar, currently an executive at Ajax, is one of many candidates who are thought to be under consideration for the position. Speaking to ​The Times, Van der Sar admitted returning to his old club would be a fantastic honour.

He said: "​United is a much bigger challenge than Ajax. They're not just a big and famous club but also a worldwide brand, yet when you're inside, it's still a family place.

"The washing ladies, Mike the chef, Kath [the receptionist], they're still there. You need to cherish that and Ole [Gunnar Solskjaer] is doing a great job at it. "Also Ed [Woodward], I have utmost respect for him and what he does for the club so I don't need to be the big man. I want to feel I can contribute and you can only do it for something you believe in.

"United is a special place. Who knows, eventually, but for now I'm here."

However, despite admitting his future aspirations, Van der Sar insisted that he feels as though he has unfinished business with Ajax, and he does not want to leave such an enjoyable role until he is completely ready to. 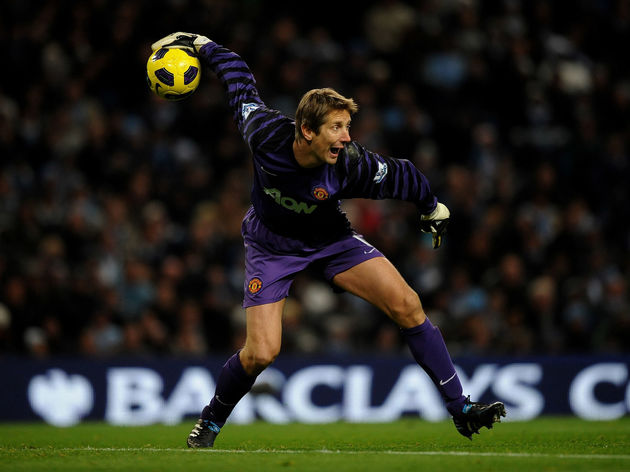 The Dutchman would certainly be a popular addition to the club's hierarchy, having spent six years with United between 2005 and 2011. With the Red Devils, Van der Sar won four ​Premier League titles and the 2007/08 ​Champions League, and is widely regarded as one of the finest goalkeepers in history.

Like United, his Ajax side remain in contention for this season's Champions League, and they will begin their quarter-final tie with the visit of ​Juventus on Wednesday.