The Ivorian has made 67 appearances for the Red Devils (including 11 this season) following his move from the Spanish side on a four-year contract for a reported fee of £30m. Now, Bailly is the latest player to gain a special documentary about his journey to Old Trafford filmed by MUTV.

Our exclusive @EricBailly24 documentary will be available to watch on #MUTV from Thursday! 

​​​Bailly has reflected on how his move to Manchester came around in the documentary, ​l’Elephant d’Afrique. Bailly said: “I was with my mum in the lounge and I told her I was going to sign for United.

“The family came and we talked and everyone was delighted. That day was one big happy time.
​

”Then I had to get on the flight to come and finalise all the arrangements in England. I had to undergo medical tests and sign here in Manchester." 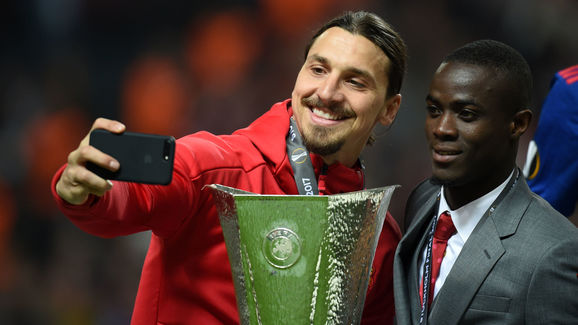 After becoming former manager Jose Mourinho’s first signing in 2016, Bailly has gone on to have a successful career at Old Trafford. He was a key figure, playing in 11 games, in United's successful Europa League run in 2017 - though he did miss the final against Ajax due to suspension.

​He added: “When I was in the Ivory Coast training centre, we had a small staff, a different system from Europe but they taught us a lot and it was there I realised that with hard work I could make it.
​ L’Elephant d’Afrique is set to be released on MUTV for subscribers on 24 January.