Håland Sr. played for fierce rivals Leeds and Manchester City during his own playing career and was involved an infamous feud with Roy Keane that culminated in a horror tackle on the Norwegian during a Manchester derby in 2001. 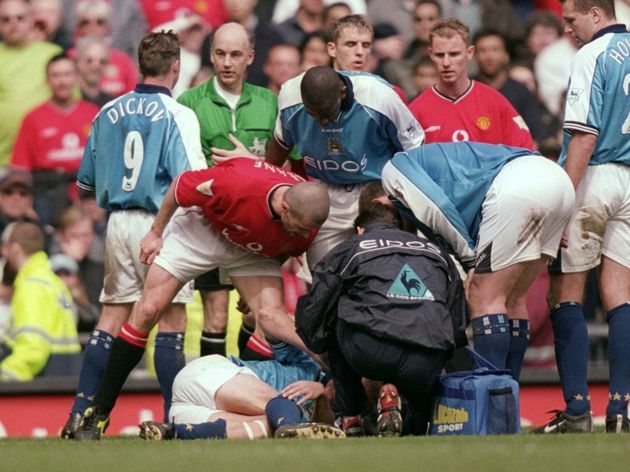 Keane’s high challenge, which he later spoke about in his autobiography, was punished by a straight red card, while Håland never played a full game again, before early retirement in 2003.

His son, Erling, who scored a hat-trick on his Champions League debut this week and has enjoyed a phenomenal start to the season, is also a known Leeds fan – he was born in the city in 2000 – and has previously stated that it is his dream to win the Premier League with the club.

But Håland Sr. has described rumoured interest in his son from United as ‘nice’ and insists nothing trivial will influence Erling’s career choices.

“It would be nice (interest from United and others),” Alf-Inge told TV2, via Sport Witness. “It is important to distinguish between being a supporter and a job. So, I have a very relaxed relationship. It’s a little different when it’s serious.”

Erling Håland was scouted by 15 Premier League clubs on Tuesday night, while Borussia Dortmund are an early favourite. His rapid rise has also caught the attention of Barcelona.

But United may have reason to believe they have a strong chance of tempting the 19-year-old to Old Trafford. On top of his father’s blessing, Håland Jr. is well known to Ole Gunnar Solskjaer after working together for two seasons at Molde back in Norway. It was under Solskjaer that