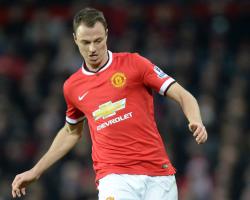 Evans has made 198 appearances for United over the last eight years but he failed to make an impression in Louis van Gaal's first season at the club.

Press Association Sport understands the United boss is now looking to offload Evans, even though he is currently on tour with the Red Devils in the United States.

Everton are reportedly keen on signing the 27-year-old defender, who may cost up to ÃÂ£8million.

Real Madrid's Sergio Ramos is understood to be their first choice, but the Spanish giants are reluctant to sell the experienced defender, who has been tipped to replace Iker Casillas as club captain.