That day, 5 April 2009, saw the player score a famous late winner in a pivotal five-goal thriller against Aston Villa, a goal made even more iconic by commentator Martin Tyler's screams of 'Machedaaa!'. Facing a dangerous Villa side that had finished sixth the season before and would do so again, United went into the game off the back of consecutive Premier League defeats. One was a disastrous and humiliating 4-1 home thrashing by Liverpool, the other a shock 2-0 defeat at the hands of Fulham after both Wayne Rooney and Paul Scholes were sent off.

Sir Alex Ferguson's team then had to stew on those results for a fortnight as club football was put on hold to make way for an international break.

Liverpool's win at Old Trafford and subsequent 5-0 victory over Aston Villa had cut United's lead at the top of the Premier League to just a single point. Earlier on 5 April, Liverpool then recorded another win against Fulham, United's foes just two weeks prior, to go two points ahead.

United, reigning Premier League and European champions at the time, were under huge pressure to stop the rot and halt the slide. Had they lost that game against Villa and the momentum stayed with Liverpool, who knows what ultimately might have happened. 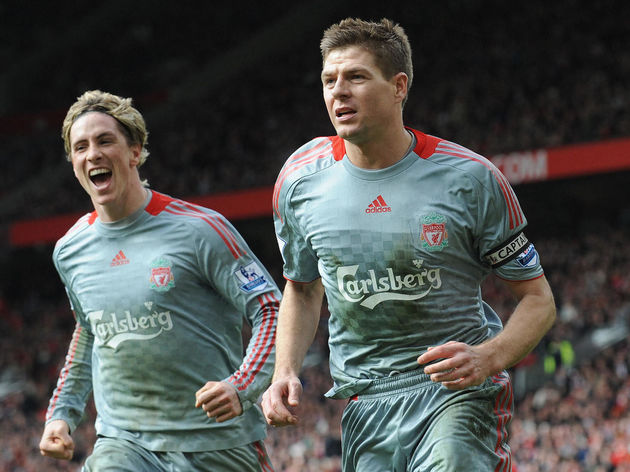 Things looked to be going well, at least, when Cristiano Ronaldo converted an indirect free-kick inside the first 14 minutes, punishing Villa goalkeeper Brad Friedel for collecting a James Milner backpass. But it went wrong not long after as first John Carew and then Gabriel Agbonlahor turned the game on its head with two goals for the visitors either side of half-time.

United had to win, but it was bizarre to see Ferguson turn to Macheda almost immediately as his team fell behind. There was still half an hour to play, but Nani was hooked and the kid was on.

This was a player who was still four months shy of his 18th birthday, had only signed his first professional contract eight months earlier and had never before even been named on the bench for a first team game. He was a complete unknown.

United drew level in the 80th minute when Ronaldo swung a leg at the ball on edge of the penalty area and beat Friedel with the low shot, his second of the game and 20th of the season. 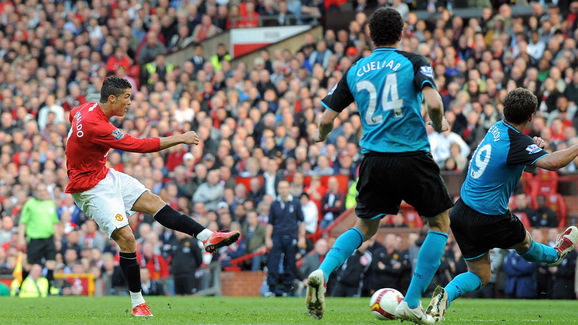 Still looking for the winner, Ferguson then withdrew Carlos Tevez in favour of 18-year-old Danny Welbeck. With Rooney suspended and record signing Dimitar Berbatov injured, many might have expected Welbeck to be first youngster that Ferguson turned to. He was older and more experienced than Macheda and had already scored for the first team that season.

Having eventually come on anyway, it could have actually been Welbeck and not Macheda who got the headlines for scoring the late winner that day, but for a fine save from Friedel.

At the key moment in stoppage time, Macheda received the ball but failed to beat his marker as he turned towards goal. The loose ball fell to Ryan Giggs and the United youngster showed for it again. As the pass came, the easy option would have been to take a touch to his left and perhaps squeeze a cross-cum-shot into the middle of the box where teammates were waiting. Instead, the fearless confidence of youth inspired him to touch it inside to his right with the back of heel and, in one fluid movement, send a curling effort towards the far corner of the goal. 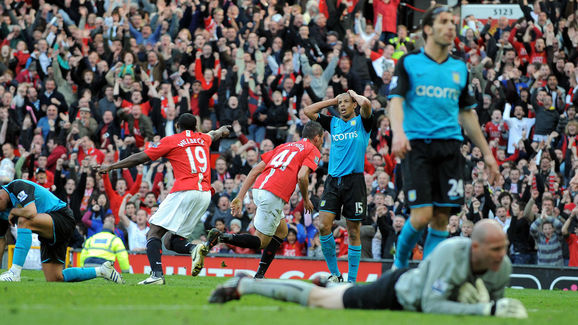 A flailing Friedel couldn't reach it as the ball flew into the net and Old Trafford erupted. Macheda then ran to the corner flag in jubilant celebration, teammates who were delighted and shocked, probably, in equal measure, hanging off him.

"I am happy for my debut. I am very enjoy," the teenager stated in broken English after the game as he did his best to speak in front of the Sky Sports cameras in the tunnel.

The three points ended United's losing streak and sent the team back to the top of Premier League table. That victory also inspired a run of six straight league victories, while the club also continued to progress in the Champions League, reaching a second final in two years.

Liverpool kept winning as well, dropping out only two more points in their final seven games. But by the time United faced Arsenal at Old Trafford in the penultimate game of the season, a point was all that was needed to secure a third consecutive Premier League title.

Macheda himself played in three further Premier League games that season after his Villa heroics, even scoring again, albeit this time a total fluke, against Sunderland in the very next fixture.

The teenager went on to play 10 first team games in 2009/10 and 12 in 2010/11, but it eventually became clear that his future would lie away from United. Loans at Sampdoria, QPR, Stuttgart, Doncaster and Birmingham followed, before he was released in 2014 and joined Cardiff.

After only eight goals in Wales, Macheda had a loan spell at Nottingham Forest (below), but he left English football a year later in 2016 when he joined Serie B side Novara back in his native Italy. This season, aged 27, he moved to Greece to sign for Panathianaikos and seems destined to continue his career as a nomadic journeyman. Of course, as far as his status as a Manchester United cult hero is concerned because of those defining few seconds back in April 2009, none of that matters.