That the Portuguese midfielder has made such an impact less than six weeks into his Manchester United career, to the point where he has single-handedly lifted the whole club and is nominated for February’s Premier League Player of the Month award, is remarkable.

Some players who arrive in a new league in a new country can just freakishly switch it on. Yet for a player like Fernandes, or Sergio Aguero, who scored eight goals in his first five Premier League appearances for Manchester City, or Mohamed Salah (the second time around), there are many more who take longer to adapt to new surroundings, on and off the pitch.

Plenty don’t manage it all and leave with a ‘flop’ tag firmly attached. Others will eventually come good in time, but it could take several months, or even a year or more.

Roberto Firmino wasn’t an undeniable success until his second year at Liverpool, while Fabinho didn’t make his full Premier League debut until November of his debut season after spending his first few months with the club firmly on the bench, if he made the matchday squad at all.

Even David Silva wasn’t a starter straight away at Manchester City, afforded a bit of time until mid-September of his debut season before getting a regular place. 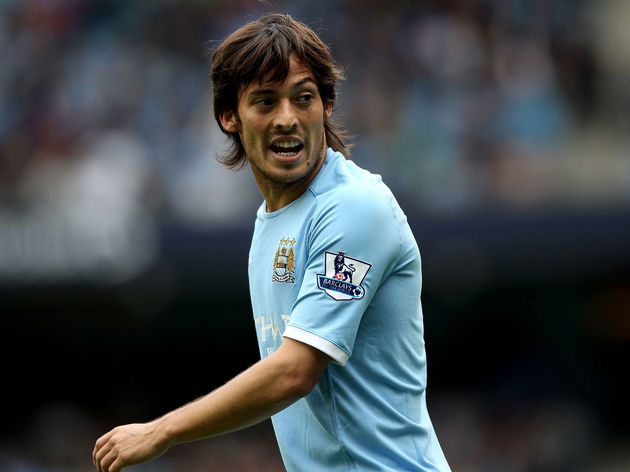 So, given that it’s not exactly uncommon for foreign players arriving new in England to take time to reach the form or potential they were bought for, it probably shouldn’t be surprising that Fred has now come good for Manchester United in his second season.

You see, he needed time just like the others and it has paid off.

Fred has become one of the most important players in the new-look United team that is slowly beginning to find its long lost groove under manager Ole Gunnar Solskjaer, with the Brazilian once again immense as the Red Devils won a third Manchester derby of the season on Sunday. His £52m price tag following a summer switch from Shakhtar Donetsk ensured that expectation weighed heavy on his shoulders, but while he occasionally showed flashes of what he was capable of – notably on that night in Paris – it just wasn’t a good time for anyone to join.

Despite initially starting the season in the team, Fred was dropped after United’s shambolic 3-0 home defeat to Tottenham in just the third game of the Premier League season. Former manager Jose Mourinho said he couldn’t afford to gamble on his new signing and by the time Solskjaer took over, Fred had only started six league games.

The Daily Telegraph reported only last week that Mourinho warned Fred his days at the club were numbered, shortly before the manager himself was given the boot instead.

Fans could have then been forgiven for thinking Fred’s United career was coming to a swift end in summer when he was left out of the pre-season tour squad for family reasons. Those family reasons, it soon became apparent, were a holiday during which he got married.

Here was a player actively not involved when he perhaps should have been training with his teammates. Yet it may actually have been a blessing for him, providing Fred with rest and respite, allowing him to take his mind off football and enjoy himself away from work.

The direct result was a delayed start to his season while he got himself up to fitness a few weeks later than the rest of the squad, further fuelling exit talk. But Fred has started every Premier League game for United since October without fail and has seriously reaped the rewards of the regular action that he wasn’t previously getting.

Even when the rest of the team was struggling in November, Fred still looked good. He is only one person and so the absence of Scott McTominay and Nemanja Matic in back-to-back draws against Sheffield United and Aston Villa hurt United. It was then in the days that followed in consecutive wins over Tottenham and Manchester City that Fred pro

“Fred has had the confidence of the coaching staff and the players all the time. This form is down to him, because he’s been working really hard and, when he got the chance now that Paul [Pogba] is injured, I think he’s really grabbed it with both feet,” Solskjaer said at the time. 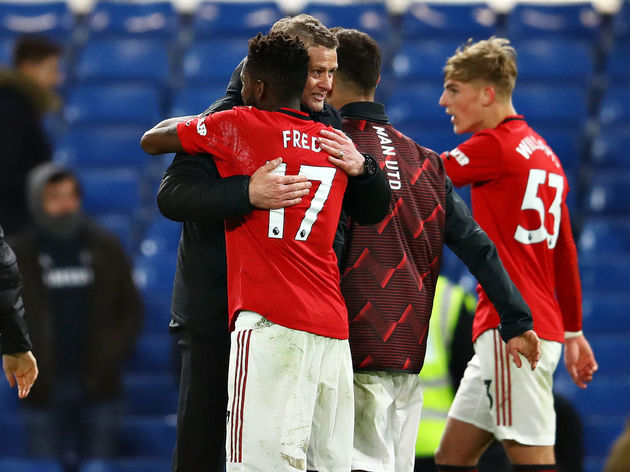 Adaptation and learning over time has been key, with Solskjaer addressing it earlier this month.

“You don’t have three or four touches, you have to play much more one and two touch, don’t get your studs on the ball, all those little habits that Brazilian players have from a slower game.”

Collectively, United had another sticky patch in January immediately prior to Fernandes’ arrival, but Fred’s individual level hasn’t dropped. And while Fernandes has now taken United on in an attacking sense, Fred’s role as an all-action central midfielder, winning the ball back, playing passes and generally acting as the team’s heartbeat has been further cemented.