​Gareth Bale is reported to have no interest in a return to the Premier League at this stage of his career, as his mind remains focused on success at Real Madrid.

The Welshman's post-match comments following a match-winning performance from the bench in the Champions League final led to speculation about a move back to England in the summer.

However, while the rumours temporarily subsided after the closure of the transfer window, speculation didn't take long to resurface after Real's rocky start to the La Liga season, couple with comments from teammates Marcelo and ​Thibaut Courtois about Bale's lack of integration into Spanish life. 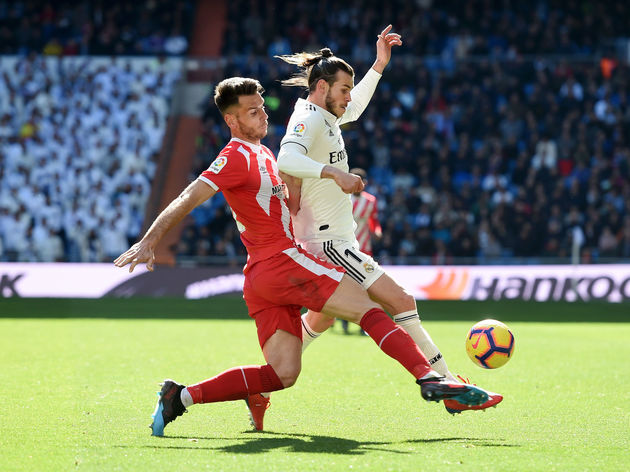 Sources close to the player, though, according to ​AS, say that he is happy and settled in Madrid, and has no intention of being tempted away by an offer from ​Manchester United or ​Chelsea - ​who have both sounded him out over a move.

​Real's stance on the matter is that they are not steadfast in their desire to hold onto Bale, who has grown into his role as one of their key players in the post-Ronaldo era, but it would still take a significant offer to pry the 29-year-old away.

While a move doesn't seem particularly likely at present, however, it's possible the situation could change in the summer, should manager Santiago Solari look to reshape the squad in his image in the months to come. This season, Bale has managed 12 goals and six assists in 30 appearances, but is thought to be keen to step up his game as Real have fallen to nine points behind La Liga leaders Barcelona after defeat to Girona at the weekend.

They remain in contention once again for the Champions League after a ​2-1 win at Ajax in the last-16 first leg, and lifting that trophy this season would remarkably represent Bale's fifth since joining from Tottenham less than six years ago.