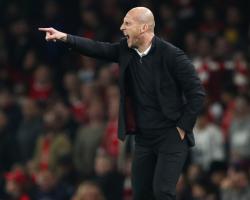 Jose Mourinho's side face a meeting with the Royals and former Red Devils defender Jaap Stam, now in charge at the Madejski Stadium

Tottenham host Aston Villa, Liverpool will face either Newport or Plymouth and Chelsea are at home to Notts County or Peterborough

There is another all-premier League tie at Goodison Park where Everton will entertain champions Leicester, while Hull host Swansea and Sunderland meet Burnley.

The romance of the cup was in short supply with Stourbridge, the Northern Premier Division club, heading to Wycombe if they can get past their rearranged second-round clash with Northampton.

Sutton's fellow National League team Barrow are at home to League One Rochdale.

The ties will take place over the weekend of January 7/8.