Mourinho replaced Louis van Gaal in the Old Trafford hot seat at the beginning of the 2016/17 season.

However, contact had already been made with Mourinho with a view to replacing the Dutchman during the previous season, before the beginning of his tenure was publically announced. Speaking with Porto’s official YouTube channel, da Costa disclosed that Mourinho’s unofficial commitment to United stopped him from sensationally coming back to the Estádio do Dragão for the final few weeks of the 2015/16 season.

Porto had three different managers during the season in which Mourinho was set to take over, with Julen Lopetegui giving way to caretaker Rui Barrios before an unsuccessful spell from José Peseiro concluded the season.

Da Costa aimed to solve this uncertainty by turning towards the manager who won six trophies during a two-year spell at Porto. 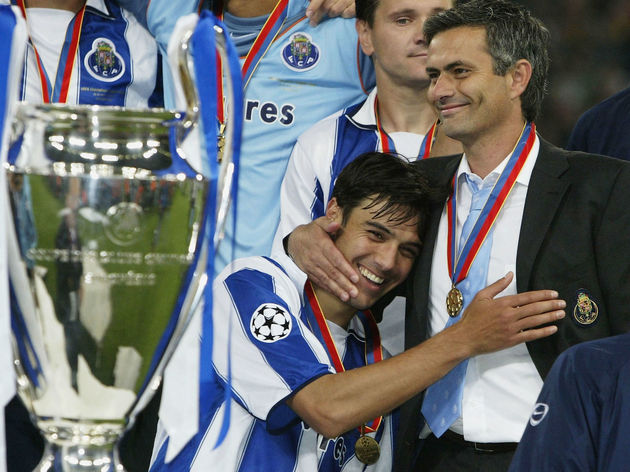 "I approached Mourinho, who had a contract with Manchester United but he was only going to start the following season, and asked if he could come until the end of the season before his move to Manchester,” da Costa recalled.

"It seemed impossible. But not for him, he said yes.

"There was a cup final at the time, a league cup final and he said he was coming.

"And when we were thinking it was possible, Manchester United did not authorise it as they argued that we could be opponents in a European competition.”

Jose Mourinho has named his best XI of players that he's managed... pic.twitter.com/f6nkjbs5lG

Da Costa nonetheless saw it as a credit to Mourinho that he was willing to step into such a delicate situation given the relatively short notice.

"But a lot of people ignore the fact that, without any conditions, Mourinho was available to spend half a season at Porto in an emergency.

"It shows the affection he had [for Porto]."