​Sir Alex Ferguson has been taking an active role in Manchester United's first team affairs since the interim appointment of Ole Gunnar Solskjaer, guiding the Norwegian through his first month in the job.

Solskjaer was appointed manager until the end of the season on 19 December following the sacking of Jose Mourinho. He immediately extended an invitation to his former boss Ferguson to visit Carrington - something which Mourinho never allowed. 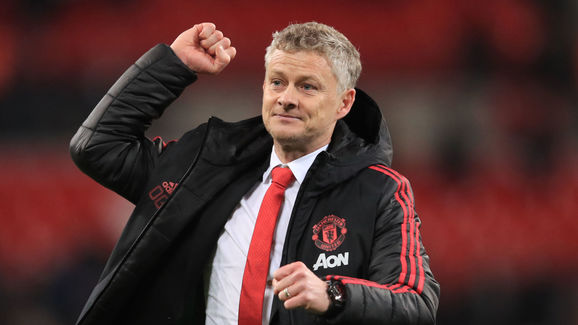 The ​Manchester Evening News has revealed that Ferguson is 'very, very involved' with ​United's new set-up, having now visited Carrington twice since Solskjaer was appointed.

He has offered assistance to Solskjaer on team selections and player analysis. Final decisions rest with Solskjaer, but he values Ferguson's input so much that he has sounded him out for his opinion on lineups.

Ferguson was at Carrington on Saturday to watch United train before their Premier League match against Tottenham on Sunday. He was also in attendance at Wembley as United won 1-0 thanks to Marcus Rashford's first-half goal.

8 – Manchester United were eight points behind Arsenal when Ole Gunnar Solskjær became their caretaker manager on December 19th but are now level on points with the Gunners. Recoup. #TOTMUN pic.twitter.com/PcCAkf4Af0

It's a welcome sight to see Ferguson back in football just eight months after suffering a brain haemorrhage at his home in Wilmslow. He was in hospital for less than a month and returned to Old Trafford for September's match against Wolves.

Ferguson is well acquainted with the majority of Solskjaer's staff, having signed both Mike Phelan and Michael Carrick during his time at the club, with Phelan later becoming his assistant. Former development coach Mark Dempsey has also returned to the club.