​Manchester United travel to relegated Huddersfield Town on Sunday afternoon with both sides looking to arrest poor runs of form.

United are without a victory in three Premier League games while Huddersfield have lost their last nine matches in a row. Huddersfield, meanwhile, are looking to give their fans something to cheer in their final home game in the top flight for at least a season, following their relegation to the Championship.

Check out 90min's preview for the ​clash below.

Huddersfield boss Jan Siewert is waiting on fitness updates from four members of his playing staff, all of whom were missing for their 5-0 defeat away at Liverpool The two sides have faced each other 49 times in their history with United coming out on top on 23 occasions. Huddersfield have picked up 11 victories and there have been 15 draws. It was United who picked up the three points in the reverse fixture this season, with Paul Pogba

Both sides are in dreadful form, with only one victory between them in their last ten league matches.

Huddersfield have lost their last nine on the bounce and have scored just twice in the last five games. In those same five games, they have conceded 17 goals. Things are not much better for the visitors with United losing three of their last five and only getting one win in that time.

The Red Devils have not won in three in a run which looks to have cost them a place in next season's Champions League.

Here's how each side has fared in their last five games:

United know they must take all three points if they are to have any chance of catching the teams above them and they could not have picked a better side to face in those circumstances. 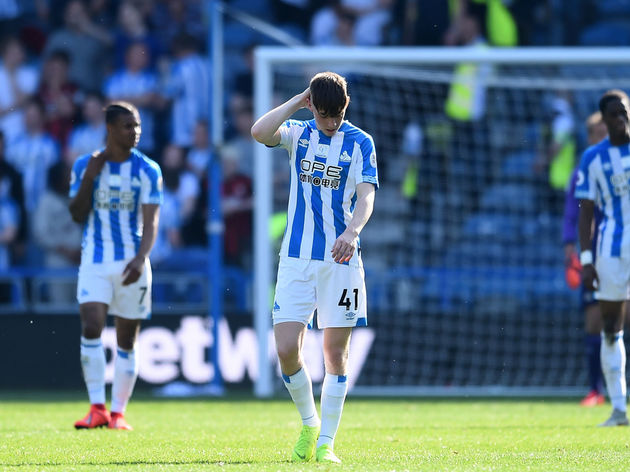 Huddersfield have won just twice at home all season, only scoring nine goals in that time and, despite all the problems currently engulfing the away side, United should have too much for the hosts.