Is Manchester Uniteds Phil Jones the next Sergio Ramos 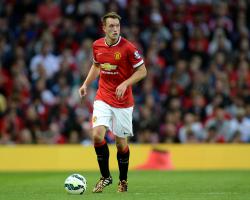 This week, Manchester United fans finally had a transfer story to get excited about

Reports from respected Spanish football journalists such as Graham Hunter, Sid lowe and Guillem Balague, told us Sergio Ramos wants to leave madrid, and United is the only place he wants to go.

This represents a massive coup for United because not only is Ramos a world class defender, but it would mean poaching from the very club that poaches so many world class players.

Real donÃât want to sell, they donÃât have to sell, and the only reason I could see their stance changing is if it ties into the De Gea deal somehow

However, the rumours which seem to have come from RamosÃâ camp, sound like a player trying to leverage the contract he wants

He is 29 and has one big contract left, so it stands to reason he would use United, who it seems will spend any amount of money to make that one marquee signing, as a way to get that contract

I canÃât see it happening, IÃâve lived in Manchester, and IÃâve been to Madrid a number of times

I love Manchester, but come on? Madrid has a bigger pull.

However, if we suspend disbelief for a moment and look at how Ramos would fit at Man United, it could really work and I canÃât blame United for going all out to get him.

First of all, he is a leader and an organiser

Speaking of Vidic, RamosÃâ disciplinary record has been put under scrutiny by many, 129 career yellow cards and 14 career reds (5 straight reds) paint the picture of a rash undisciplined player

However Ramos is anything but that

Most of his bookings come from cynical actions, calculated decisions for the sake of the team, something Vidic did for many years at Old Trafford (see any game against good Fernando Torres).

Something I believe has been missed by many, is that he is the perfect teacher for Phil Jones, who is quite similar to Ramos in his early years, though JonesÃâ development seems to have stalled

When Ramos moved from Sevilla, he played both Right Back and Centre back, Helguera was on the way out and Cannavaro had a short spell the next season, but the way was paved for Ramos to be the next great CB for Madrid, much like Jones now at United following the departure of Vidic and Ferdinand

Jones and Ramos will both put their heads where it hurts (though Ramos has more to lose in that regard), but Ramos has much better game management, and despite what many think due to his reputation for ill-discipline, he is very calm, wisdom he could impart on Jones

And donÃât forget, heÃâs only 29, and should have 3-4 years left of top level football.

Ramos knows how to kill a game, he was taught by the best during the Mourinho years, and he dominates the box

Sometimes he can be a little rash on the ball, but no red card last season for the first time since he left Sevilla in 2005, speaks of a man reaching his peak in terms of performance and maturity.

ItÃâs a tough sell, RamosÃâ mother recently stated in a Harry Redknapp type interview from her car, that her son would be staying in Spain, but if Ed Woodward could pull it off, it might just be the huge transfer United have been attempting to make since Fergie left, and could finally spark a resurgence for the red half of Manchester.