Manchester United's Jesse Lingard can no longer be classed as a player with tremendous potential. Instead, he is a player in the peak years of his career and should be thriving.

However, this is not the case. At all.

The 27-year-old has not exactly been productive in recent months. The last time he either scored or assisted a goal in the ​Premier League was way back in January 2019, well over a year ago. 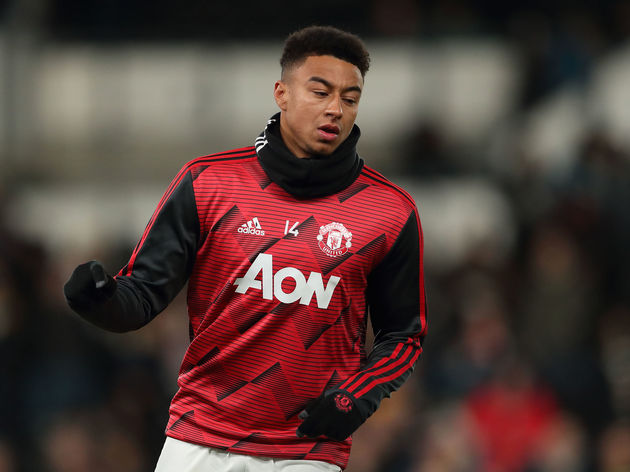 We could go on with more and more statistics to back this up, but we've heard them all before.

The thing about Lingard is that even in the past when he was playing well and had the fans on side, he was hardly a prolific goalscorer, nor did he consistently deliver assists. Instead, he was a player the manager could always rely on, the one to tirelessly press when his side were out of possession, while he's also versatile enough to play in a whole host of positions - and he'd do so without any problem.

He had also forged a reputation as a big game player. In 2016, Lingard scored a fairly outrageous goal, acrobatically firing his side into the lead in a crucial game against Chelsea away from home. He was once again the man to rise to the occasion in the FA Cup final the same year, scoring the winner.

​Lingard continued to perform for the Red Devils in the biggest games, grabbing another goal at Wembley - this time in the 2017 EFL Cup final. And it seems like it was decades ago that the United man was being cheered on by every (or a fair few, at least) Englishman at the 2018 World Cup. Indeed, he was a regular in Gareth Southgate's side, and he delivered.

But this rapid decline has seen his confidence levels drastically fall. When presented with clear opportunities to shoot, Lingard instead opts to turn away and look for a pass, and it is a similar situation when there is space for him to attack. But the worst part about the situation for Lingard is that he seemingly can't do much right to please a large number of United fans right now.

This is a player who has stepped up for ​the Red Devils and been the difference on multiple occasions over the years, but a lot of United fans have been keen to voice their opinions in more recent times. There are now cheers from certain sections of the Old Trafford crowd when he's taken off, while fans have also recently decided to hurl vile abuse in his direction.

Manchester United say the abuse aimed at Jesse Lingard after their FA Cup fifth round win 'crossed the line' and will be contacting Derby County to investigate further. [men] #mufc #RS

He recently played the full 90 minutes of his side's FA Cup clash with Derby, a game which United won 3-0. Was it a stunning performance from him? Hardly. But was it worthy of the disgusting abuse he received after the game? Certainly not, because that should never happen.

As the United players were getting on the team bus, a couple of fans filmed themselves shouting '

Similarly, he posted a video on social media recently as part of the 'stay at home' challenges footballers have been taking part in due to the coronavirus crisis. And there were a large number of users who were keen on commenting on his goalscoring form and his abilities, totally missing the point.

Of course, we can't deny Lingard's woeful form, nor can we excuse some of his off-the-field antics, such as the video he posted in the summer of 2019. However, speaking on the matter afterwards, he explained that he would only be given one more chance at the club, while he also opened up on his private struggles.