​Borussia Dortmund forward Jadon Sancho has refused to rule out a future transfer amid continued speculation linking him with a move to Manchester United, although he insists that he remains committed to his current team and is desperate to win trophies with them.

Sancho has become England’s newest star since leaving Manchester City’s youth ranks in search of first-team football in Germany and he is thought to have been a Manchester United target for several months as he fits perfectly with the club’s restructured recruitment policy. 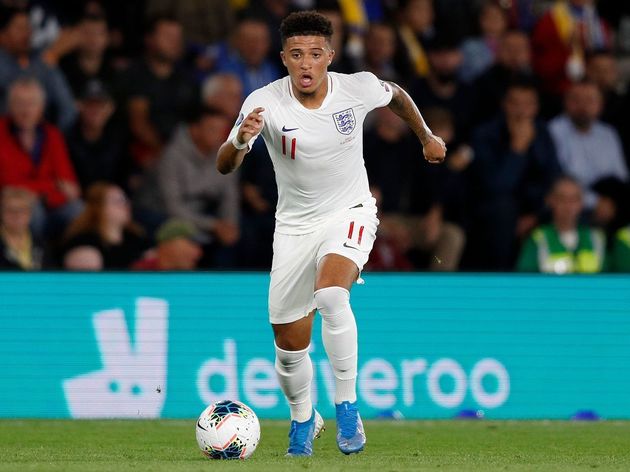 United could well make an approach for the 19-year-old England international in the summer. And when quizzed about his future this week, Sancho took the diplomatic option favoured by most modern footballers on the subject of transfers.

“I can’t tell the future,” Sancho is quoted as saying by The Metro. “I just take it game by game. I just wanna give 100 per cent for Borussia Dortmund.

“I really want to do well with Dortmund. Obviously, I want to win titles and give everything. It’s crazy. Everything has come so fast. But I have a great team. They keep me humbled. I just take it game by game and give 100 per cent.”

Despite media outlets rather sensationalising his comments this week, Sancho has so far shown little interest in leaving Dortmund any time soon.

A conversation from last season between Dortmund officials Michael Zorc and Hans-Joachim Watzke featured in the club’s new ‘All or Nothing’ Prime series revealed that Manchester United had held early talks with an agent over a prospective deal. But the Premier League side were informed that Dortmund have no intention of selling and Sancho is not interested in leaving.

Zorc also said just this week that Sancho’s proposed move to United was ‘not close at all’. He explained, “We didn't talk to them. They were asking us for a meeting. Sancho is not for sale.” Sancho has already managed nine combined goals and assists in seven appearances in all competitions so far this season, including at least two direct goal contributions in three of his four Bundesliga games. He also played 90 minutes in a 0-0 draw against Barcelona this week.

Dortmund teammate Mats Hummels was gushing in his praise of Sancho when speaking to German publication Bild, describing his young colleague as an ‘absolute weapon’ and suggesting he could play for ‘just about any team in the world’.