The 22-year-old joined the Foxes from Norwich City last summer, and his performances over the course of the season established his reputation as one of the signings of the season, scoring seven goals and registering seven assists in all competitions, and creating more chances than anyone else in the Premier League. 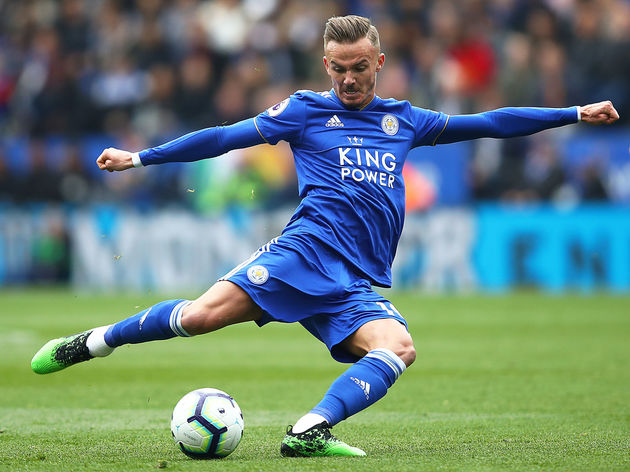 Playing a starring role as ​Leicester eventually finished ninth in the table, he has been one of several young stars reportedly in the crosshairs of ​United ahead of a squad rebuild. Swansea City's Daniel James is ​reportedly close to a ​move, while strong interest has been reported in Crystal Palace's Aaron Wan-Bissaka and West Ham's Declan Rice.

There had previously been little substantive to work with in the case of Maddison, but the ​Independent have reported that United have made 'early contact' with the Foxes' hierarchy over a potential move, with a fee touted in the region of £60m  - almost treble what they paid for him less than 12 months ago.

It claims they have made Maddison their new priority, and while potential interest is mentioned from rivals City, Liverpool and Tottenham, it is believed United have moved into 'pole position' since they have moved to formally commence talks. No official bid has been made just yet, so it seems as if there is some way to go before a move can be concluded, but with United in desperate need of midfield reinforcements - with the pending departures of Ander Herrera and Juan Mata in the pipeline - a big money move seems a long way from impossible.