​Jamie Redknapp has called Sunday's game against Manchester United a 'pivotal moment' in Liverpool's race for a first Premier League title, singling Paul Pogba out as the man who could make the difference at Old Trafford.

Speaking to 90min ahead of the game, which could see the title race taken out of the Reds' hands with a United win, Redknapp admitted that the atmosphere at Old Trafford when Liverpool visit is like none he experienced in his career. 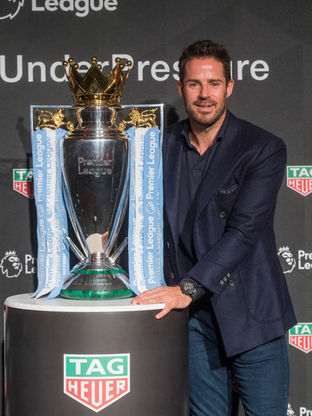 "I think ​Pogba will be the key man for ​United. You look at what PSG did – and I think it was a statement – they marked him, because they realised how important he is right now. You have to try to nullify him, but Liverpool have a high energy midfield.

"We haven't really seen Pogba play well against ​Liverpool because he's not been allowed to, he's always had to play a defensive role. Whenever Jose's played against Liverpool in the last few years, the game plan has been to stop them playing, whereas I don't think that's what the players or fans want – and it's not going to happen on Sunday.

"That's what's going to make this such a fascinating game and such a pivotal one for Liverpool, because if they can escape with three points then you feel that could give them the belief that they can win the league. This feels like a pivotal moment."

On the Player Who Defines the 'New' Liverpool

"There's one man and – I know they got a clean sheet without him this week – but if you took out Virgil van Dijk for a sustained period, Liverpool wouldn't win the league. He's that important. If it's one player, it has to be Van Dijk. I'm doing this event with Nemanja Vidic and he was very similar, they have this aura about them.

"Only certain players have that, and he gives Liverpool players so much confidence. When a ball comes into the box he heads it away, and he looks so relaxed on the ball. When he has the ball, time stands still. That doesn't normally happen with defenders, but he has that natural ability to make the game look so easy."

On the Rivalry Between United and Liverpool "My first one of these games, I was about 18, 19. We lost 1-0 and I'd never played in front of anything like it before, you could feel the hatred. That's what it is, I'm not going to lie and say it's a nice atmosphere, there is a genuine hatred towards you and your team. You have to deal with it, and that's either when you become a Premier League player or you don't.

"Personally it was quite hard, but once you get through those first five minutes and start to relax, you start to forget about the noise. But it's when you go a goal behind, that's when you feel the pressure. When the momentum changes, you feel a real surge from the crowd and that's difficult."

"It's a really hard one to call. I see lots of goals but I don't see United getting beaten, so I'm going to go for a draw.

"​City and Liverpool might not lose a game for the rest of the season, but there's no way they can win every game coming up now. The pressure hits, because every game is so important. You're not playing with that early season freedom, you're struggling with knocks and a bit of fatigue. If you offered Jurgen Klopp a draw, he'd take that right now."