Even though he has two goals and two assists in all competitions this season, Lingard hasn’t scored in the Premier League since December 2018. His last league assist came in January 2019, making it 27 league appearances and counting without a direct goal contribution.

Lingard hasn’t started a Premier League game since he was hauled off after 58 minutes of the New Year’s Day defeat to Arsenal and has only been afforded two minutes in the league since the start of February – he has instead been primarily featuring in heavily rotated cup XIs.

A report from Goal has claimed Lingard no longer has the confidence of Solskjaer. Not only has the United boss been underwhelmed by what he has seen from Lingard in games, it is also said that the player has fallen short in training and had been warned to improve his work ethic.

It points towards an increasingly likely summer transfer, not least because the further removal of deadwood will also serve to fund some of the ongoing rebuild. A transfer out of Old Trafford would be arranged by new agent Mino Raiola, but Goal writes there is no ‘strong interest’ as yet.

The real ‘Are you serious?’ moment in the report comes from Lingard’s alleged assessment of his own ability. It reads: “It is understood that Lingard regards himself as one of the best number 10s operating in European football, which is at odds with Solskjaer’s appraisal of the player.” 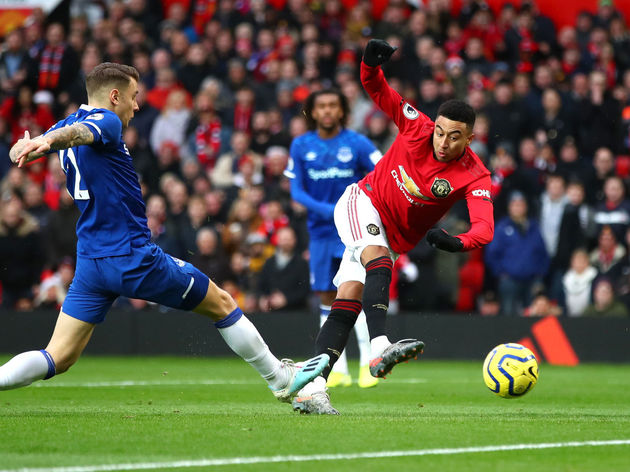 Remember, no Premier League goals since 2018 and only one league assist in 14 months.

Lingard has already fallen out of favour at United, even with Marcus Rashford sidelined through injury. That will only get worse next season, given that the Old Trafford club is planning to continue the ongoing rebuild by signing better players for positions Lingard can play in.

90min revealed as far back as September that United are ‘confident’ of completing a deal for Jadon Sancho this year. Aston Villa captain Jack Grealish is also a main summer target.

United have already considered the possibility of getting rid of Lingard, who was first brought into the club’s youth ranks at the age of just seven. That happened in early January when United were exploring including him in a part-exchange bid for Leicester talent James Maddison. 90min was able to reveal at the time that was what pushed Lingard to work with Raiola, who has become a controversial figure over his representation of Paul Pogba.

Lingard learned of the situation to potentially offload him to Leicester and confided in Pogba, who put his teammate and close friend in contact with Raiola.