​Manchester United midfielder Jesse Lingard says he has learned to ignore the social media criticism levelled at him on a regular basis as his on-field struggles continue.

The 26-year-old has become an easy target for trolls and disgruntled fans alike since rising to prominence at Old Trafford in the past few years.

However, his poor form in 2019 and exuberant social media presence has seen that criticism intensify in recent weeks and months. Despite being a regular in Ole Gunnar Solskjaer's side and playing in an attacking role, Lingard has mustered just one assist and no goals since December 2018 - that one assist coming in the Carabao Cup against...Rochdale. 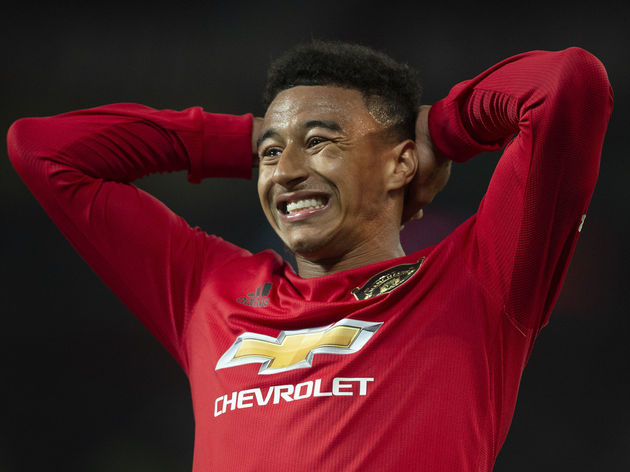 The midfielder's mediocre displays have seen him lose his place in Solskjaer's starting XI as well as Gareth Southgate's England squad, with next summer's Euro 2020 tournament fast approaching.

​Lingard has also come under fire for his 'JLingz' clothing line and his Instagram exploits, especially a video where he can be seen shouting the word 'beans' repeatedly while in the company of ​Manchester United teammate Marcus Rashford.

Those 'performances' have also drawn a vitriolic response on Twitter, Instagram and Facebook, but Lingard told the ​UTD Podcast that he has learnt to ignore trolls.

"There are a lot of things on social media, with people saying nasty things. You can't get drawn into all that stuff," he said.

"I don't read that stuff, I don't read papers. That's why it's tough for young footballers coming through now, they're so attracted to social media and what people are saying about them, they don't actually know how good they are themselves. For me, I just don't read anything online."

Lingard admitted he did read comments about him when he first broke into the United first team, but he has since grown a thicker skin and made the decision to avoid doing so.

"When I first got into the first team I started reading things like that, but now I still don't read it if it's going well," he added. "One person can hate you and one person can love you, that's just life. You have to get on with it. We've got to play in front of 75,000 people every week.

"At United, it's the biggest club in the world, so you get criticised either way. For us as players, we've just got to get on with it and be thick-skinned."

Lingard made his United debut in August 2014 and has since gone on to make 183 appearances for the club, scoring 29 goals.