Jesse Lingard has revealed the incredible influence, and unusual wit of Sir Alex Ferguson, whilst proclaiming last summer's World Cup in Russia as the "most fun" he's ever had in his entire life.

In an in-depth piece for the ​Player's Tribune, the Manchester United man has waxed lyrical on the ways of the great manager, and what it meant to know he believed in you.

The 26-year-old recalled: "I’ll never forget this one day, I was still at the academy, and I was walking the corridors at Carrington. I think maybe I was having a bad day, to be honest. I was in my head. 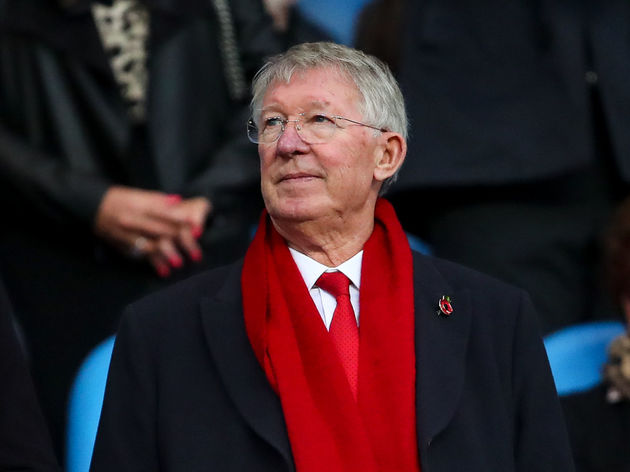 "So I’m just walking the halls, and all of a sudden I feel a boot clip the back of me head. Thwack. Proper thwack. I turn around, like, 'Bloody … Who done that?' And it’s Sir Alex, and he’s got a little smirk. He says, 'How you beehavin’, bwoy?'

"He knew what it meant to do something like that. That’s how you knew he liked you, when he’d have a bit of banter with you. I was buzzing for days after that."

Lingard then turned his attentions to last summer's World Cup with England: "You know, last summer in Russia was probably the most fun I’ve ever had in my entire life. And might sound strange to say because of all the pressure involved in a World Cup, but honestly, I laughed every single day.

"With Gareth Southgate and his staff and his waistcoat, it was positive vibes only. We were extremely well prepared. Just look at our set pieces and penalties. We were drilled. But we also could express ourselves and be free. We were like a family, and the banter was just a 10 out of 10 with those lads. I’m talking funny, funny guys."

“I nearly piss myself every time I think about it.”@JesseLingard has a STORY (he promises).https://t.co/7Pe25bNyaj

He explained: "So we’re standing in line for this roller coaster, and it looks proper scary. And there’s this big horn that blows right before the thing takes off, right?

"Like one of them big factory horns. Just to warn you, like, We’re off. So we get to the front of the line and we climb into the seats, and they’ve got these big metal harnesses that come down automatically and strap you in.

"But for whatever reason, Welbz’s harness wasn’t clicking in. He was sitting right behind me, and at first it was a joke like, 'Haha, yo, my thing isn’t clicking. Tell the guy. Where’s the guy?'

"But then a few more seconds go by, and everybody else is strapped in, and he starts panicking a little bit like, 'Yo! Get the guy! Oi!' All of a sudden, out of nowhere, the HORN goes off. BBBLLLLRRRRRRNNNNNT!! "I guess the horn was for something else, because nothing happened. The ride was just sitting there, chilling, and Welbz was running round, panicking, screaming. The park workers were just looking at us like, Yo, pathetic.

"Ahhhhh, we were pissing ourselves. His face, mate. He thought he was a goner. It was unbelievable. I’ll remember that forever."