​There have been reports in recent days that Manchester United have offered midfielder Juan Mata a new contract.

Although he been one of United's better performers in the post-Sir Alex Ferguson era, it's clear that Mata's best days are behind him. The 31-year-old ​Mata was part of the ​United side that had one of their worst result in years when they ​failed to beat bottom-placed, already-relegated ​Huddersfield Town on Sunday, ensuring that they will not be playing ​Champions League football next season.

Offering Mata a contract extension is yet another strange decision that is symbolic of the failings of executive vice-chairman Ed Woodward. Woodward has presided over the worst period of Manchester United's ​Premier League history with the club finishing outside of the top four in four of the last six seasons. United have never finished outside the top four in the Premier League years under Sir Alex Ferguson.

Mata enjoyed brilliant campaigns in England with ​Chelsea, where he was named as the club's player of the year for both seasons as well as being named in the PFA Team of the Year in his first season.

Juan Mata’s blogs are getting a bit repetitive, aren’t they? pic.twitter.com/3bQg7Y0NBP

He experienced the best time of his United career under Louis van Gaal, playing 89 games and scoring 20 goals in all competitions under the Dutchman, including the equalising goal in the 2016 FA Cup final and a stunning scissor-kick goal at Anfield.

After playing in his favoured number 10 position at Chelsea, Mata has predominantly played on the right-wing at United. In recent years his lack of pace and athleticism have meant that he has not been able to play in his preferred role, as his inability to cover ground in the middle of the pitch has made him a luxury player, causing him to be shunted out to the wing. This has also meant that United have often dropped Mata in big games with previous manager Mourinho preferring pace on the flanks.

Whilst Mata could easily have had misgiving about his circumstances in the way that many of his current high-maintenance team-mates might have done, the Spaniard never complained and has got on with his job. He has always had the knack of getting in goalscoring positions, scoring at least 10 goals in all competitions for three consecutive seasons. Two weeks ago he displayed this when he gave Manchester United the lead against Chelsea in what was then a crucial match in the battle for a place in the top four. 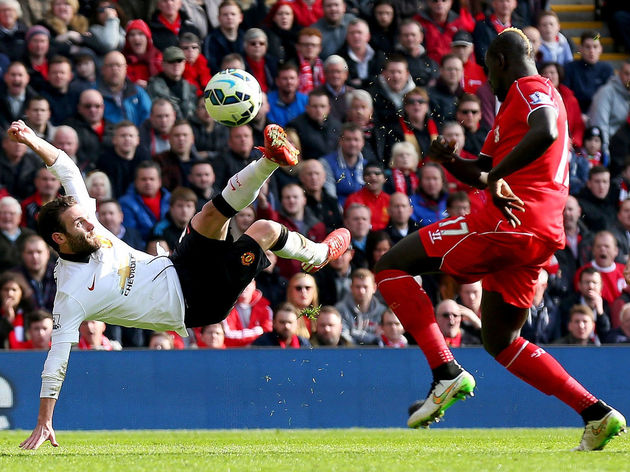 However, Mata's lack of pace and athleticism is glaring in the modern game, where many of the top sides implement high-pressing, high energy tactics. For Manchester United to even get close to competing with the likes of ​Manchester City and ​Liverpool they need to have attacking players with pace, energy and a strong work-rate off the ball; qualities which Mata does not possess.

Whilst his experience, knowledge and pleasant nature make him a good squad player who could be a mentor for youngsters, he is one of United's top earners and with the club having a grossly overpaid squad, they need to be ruthless and let the Spaniard leave. Keeping high earners like Mata at the club holds them back in potential contract negotiations with players that are coveted by others top sides, and with the club set for one of their most important transfer windows in years, this is something they can ill afford.

For all of the issues with keeping Mata on the pitch there are also potential problems off it that have surfaced in recent months. Mata's compatriots and close friends at the club, ​Ander Herrera and ​David de Gea are also both rumoured to be leaving, with Herrera being linked with a free transfer to PSG w​linked with the French champions​reports